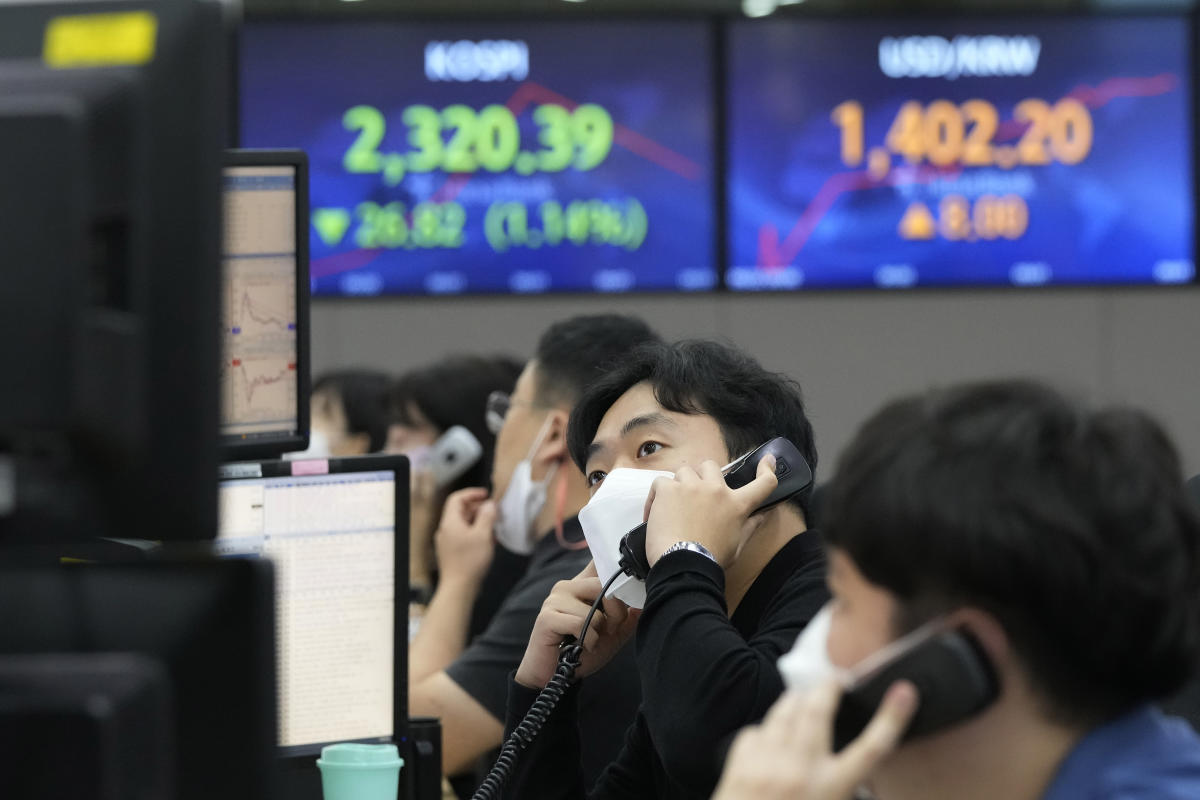 The dollar rose to nearly 145 Japanese yen after the Bank of Japan chose to keep its ultra-lax monetary policy unchanged, with its benchmark interest rate at minus 0.1%. The Bank of Japan has been pursuing such a policy for years, seeking to stimulate activity and curb deflation.

Wall Street’s benchmark S&P 500 index fell 1.7% on Wednesday to its two-month low after the Fed raised its benchmark rate by 0.75 percentage points, three times its usual range. The Fed said it expects that interest rate to be a full percentage point higher by the end of the year than it was three months ago.

“The Fed still managed to beat the markets,” Fidelity International’s Anna Stupnytska said in a report. “Economic strength and a hot labor market point to a narrow trade-off — at least for now — between growth and inflation.”

ALSO READ  Judge ruled that Ricardo Arroyo's records of previous charges may be made public, with exceptions

New Zealand was up less than 0.1%, while Southeast Asian markets fell.

The Fed and central banks in Europe and Asia are raising interest rates to curb economic growth and cool inflation, which has been high for decades.

Traders fear they could derail global economic growth. Fed officials recognize the possibility that such aggressive rate hikes could trigger a recession, but say inflation needs to be brought under control. They point to a relatively strong job market in the US as evidence that the economy can tolerate higher borrowing costs.

“The Fed’s new economic forecasts emphasize that it will tolerate a recession to lower inflation,” Gregory Daco of EY Parthenon said in a report.

ALSO READ  Rudy Giuliani Predicts 'My Son Hunter' Will Be Censored As Much As Possible By Media, Democrats, Biden, Pelosi

The yield on the 2-year Treasury, or the difference between the market price and the payout if held-to-maturity, rose to 4.02% from 3.97% at the end of Tuesday. It was trading at its highest level since 2007.

Major Wall Street indices are on pace for their fifth weekly loss in six weeks.

Fed Chair Jerome Powell emphasized his determination to raise interest rates high enough to push inflation toward the central bank’s 2% target. Powell said the Fed is just beginning to hit that level with this most recent hike.

The central bank’s latest rate hike raised its benchmark rate, which affects many consumer and business loans, to a range of 3% to 3.25%, the highest level in 14 years, and from zero at the start of the year.

The Fed released a forecast known as a “dot plot,” which showed it expects its benchmark rate to be 4.4% by the end of the year, a full point higher than projected in June.

US consumer prices rose 8.3% in August. That was lower from the 9.1% peak in July, but core inflation, which excludes volatile food and energy prices to give a clearer picture of the trend, rose to 0.6% in the previous month , up from the 0.3% increase in July.

Central bankers in Great Britain, Switzerland and Norway will soon announce whether they will also raise interest rates again. Sweden surprised economists this week with a full point increase.

The global economy has also been rocked by the Russian invasion of Ukraine, which has pushed up the prices of oil, wheat and other commodities.

In the energy markets, the US benchmark crude gained 19 cents to $83.13 a barrel in electronic trading on the New York Mercantile Exchange. The contract fell $1 to $82.94 on Wednesday. Brent oil, the price base for international oil trade, rose 20 cents in London to $90.03 a barrel. It lost 79 cents to $89.83 in the previous session.