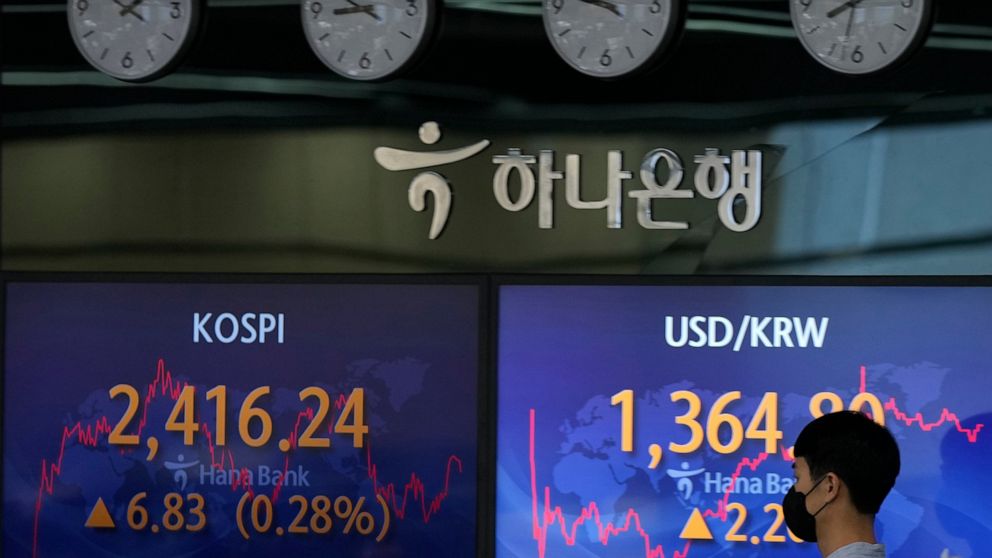 Tokyo, Hong Kong and South Korea fell. Shanghai won. The price of oil rose by $2 a barrel, while the euro was lower.

The Wall Street S BenchmarkThe &P 500 index ended Friday, after US government data showed hiring slowed in August. The number of jobs added was still high enough that forecasters said the Federal Reserve could see it as evidence that more rate hikes are needed to drive down inflation, which is at a four-decade high.

“Markets have given up early optimism for an ominous feel,” Mizuho Bank’s Tan Boon Heng said in a report.

New Zealand and Bangkok fell while Singapore and Indonesia advanced.

Traders are watching the Fed uncomfortably after Chairman Jerome Powell said interest rates must remain high on Aug. 26 to curb rising inflation. Those lost hopes that the Fed could backtrack on signs that economic activity in the US is cooling.

On Wall Street, the Dow Jones Industrial Average also fell 1.1% on Friday after the Labor Department reported the US economy added 315,000 jobs in August. That was significantly less than July’s 526,000, but average hourly wages rose by an unusually wide margin of 5.2% from a year earlier.

The US market has given up on many of the gains made in July and August, as traders hoped the Fed would ease.

Also on Friday, Russian state energy giant Gazprom announced that the suspension of gas supplies via the Nord Stream 1 pipeline to Germany may be extended. The company said last Wednesday that the gas flow would be halted for three days due to urgent maintenance work.