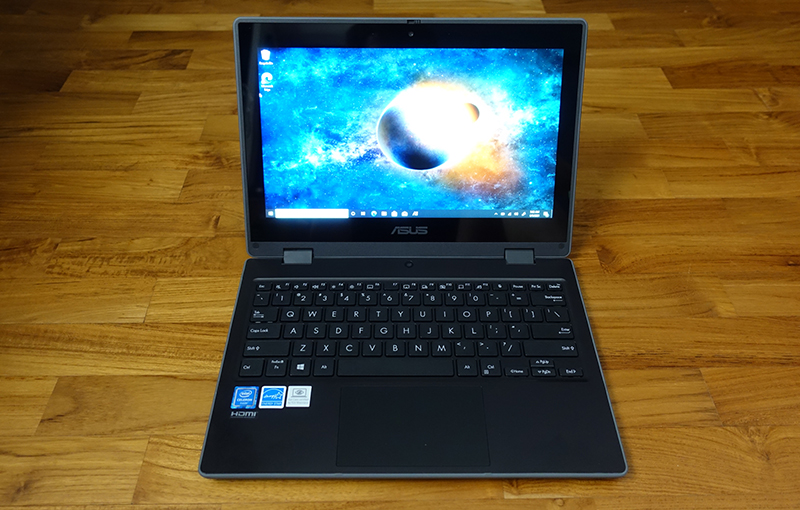 A unique notebook for S$699

Remark: This review was first published on June 25, 2021 and has been republished for relevance with a new price and SKU now available.

Rethinking the further developed children’s laptop with a new SKU

Launched last year, this kid-friendly learner’s notebook is still one of the best worry-free convertible laptops on the market, and we let you take a look at our findings below to find out why we think so. What has drawn our attention to the ASUS BR1100F this time around is that our previously reviewed configuration (4GB RAM with 128GB eMMC) is still available through Amazon Singapore for just € 359,-. If you are an Amazon Prime member, shipping is free. That’s invaluable when you consider how it’s built and what it includes as a package. It may not be fast, but it’s ideal for its core demographic.

Yet another reason the ASUS BR1100F caught our eye is that ASUS Singapore now has a higher SKU with 8GB of memory – double the original Singapore configuration. What that means is that the rugged convertible notebooks can handle a certain level of multitasking with more finesse than our observation with 4 GB of memory. With 8 GB of RAM, most notebooks are much better with a Windows operating system, whose updated SKU comes with Windows 11 Home (64-bit). Officially priced at S$799, you can find it on offers (like this season), for only € 599,- in the ASUS online store.

The current pandemic has created a “new normal” where most of us have to work or study from home. This has prompted some, if not most, families to invest in a suitable second computer for their children to participate in a home-schooling arrangement. While wealthy professionals could afford ZenBooks or similar notebooks, there are those on a budget or younger college students who don’t need a notebook with the power of an Intel 11th generation or NVIDIA’s RTX 30-series mobile processors.

Enter the ASUS BR1100F. A convertible notebook that doesn’t quite resemble other notebooks in ASUS’ lineup. First, it’s a rugged notebook built for students that supports 4G LTE and up to Wi-Fi 6 for remote and remote learning. It also runs Windows 10 Pro and at the heart of it all is the Intel Celeron N4500 processor, which Intel announced earlier this year. Oh, and it’s available for € 699,-. 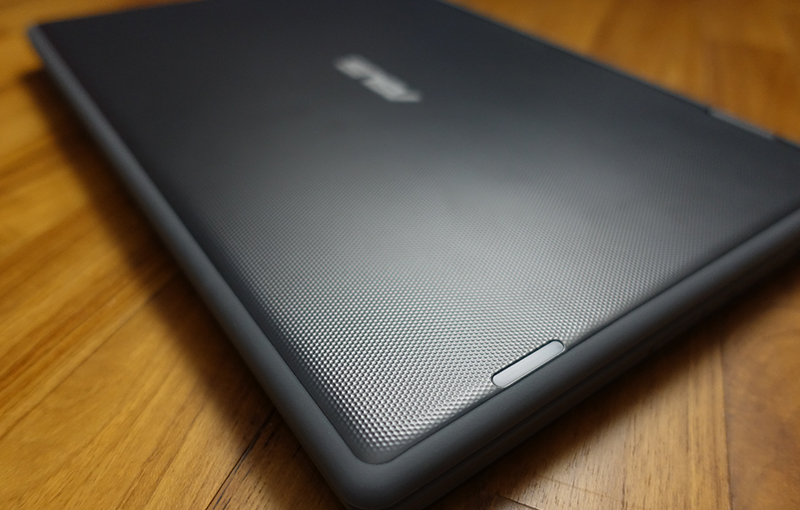 Out of the box, the BR1100F is very different from all the other notebooks I’ve seen from ASUS so far. The cover is made of polycarbonate with a 3D textured finish and micro-dents, which should be resistant to scratches or even fingerprints. The same material is also used to protect the base of the notebook, in addition to a rubber bar for better grip and firm support when carried. But for added protection, tough rubber bumpers wrap around the notebook’s outer edges and corners to reduce the impact of a drop. 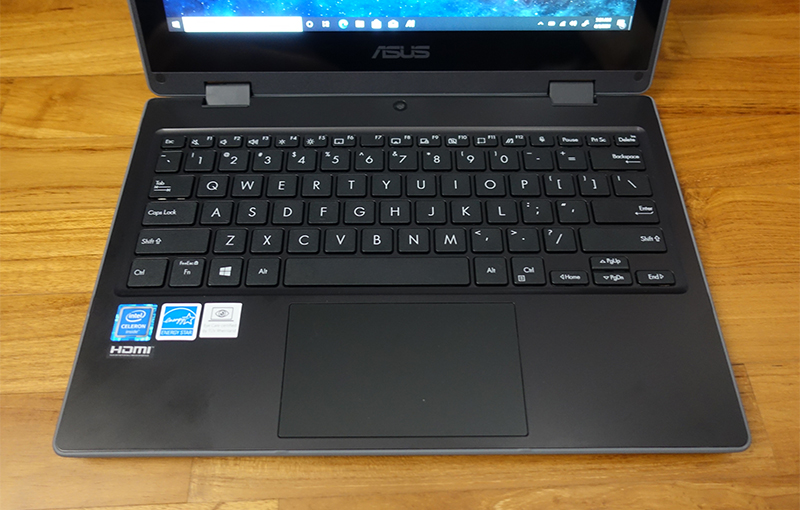 And if that wasn’t enough, ASUS even built the BR1100F to exceed US military MIL-STD-810H durability standards making it resistant to drops of up to 120cm or able to withstand 28kg of force on the top or bottom – while switched on. Finally, the keyboard is also: spill proof with gap-free keys that prevent them from being pried loose.

In short, ASUS has made the BR1100F extremely difficult for young adolescents to catastrophically paralyze it in their whimsy. But in the unlikely event that they do, the notebook has a modular design that allows key components – such as the keyboard, battery, thermal module and I/O ports – to be replaced quickly with just a simple screwdriver. I’ve tried it myself and it’s really a simple matter compared to more conventional notebooks. However, I suspect that the rapid availability of spare parts could be limited by stretching global supply chains to their limits – no thanks to the current pandemic. Anyway, I digress.


The heart of the BR1100F is a Celeron N4500 1.1GHz CPU, a dual-core SoC from Intel’s 10nm Jasper Lake series that is mainly intended for low-cost notebooks. Elsewhere, there’s 4GB of DDR4 RAM and 64GB of eMMC for storage in my review unit. These may not add up to much in terms of performance, but keep the cost of the notebook down.

It’s the screen choice that I thought was unusual, but adds to the notebook’s quirkiness in a good way. As mentioned before, the BR1100F is a convertible by nature, so you or your child can take the touchscreen display over and use it as a tablet with your fingers or the included stylus for some fun drawing. Powered by the integrated Intel UHD graphics, the 11.6-inch LED-backlit display has a maximum resolution of 1,366 x 720 pixels – and according to ASUS, it is rated for 250 nits peak brightness with an NTSC color gamut of 50% . Again, it’s not much, but still enough for kids and young teens who just need a functional notebook for basic productivity like doing homework, emailing, and surfing the web. 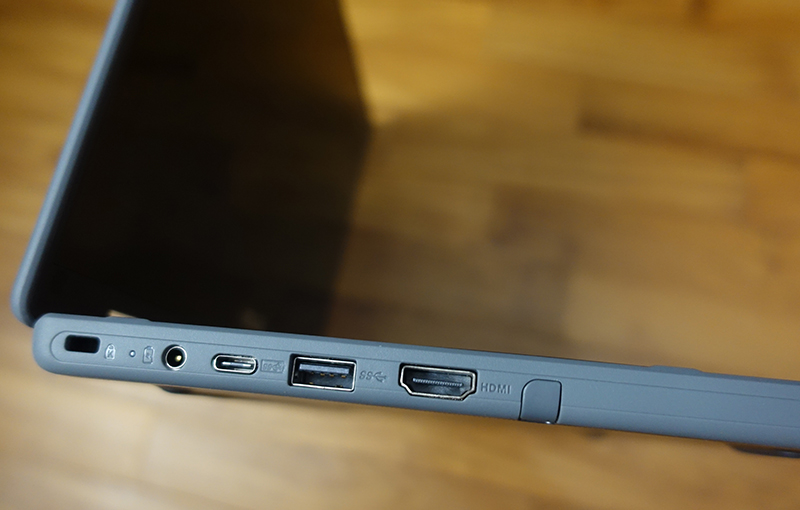 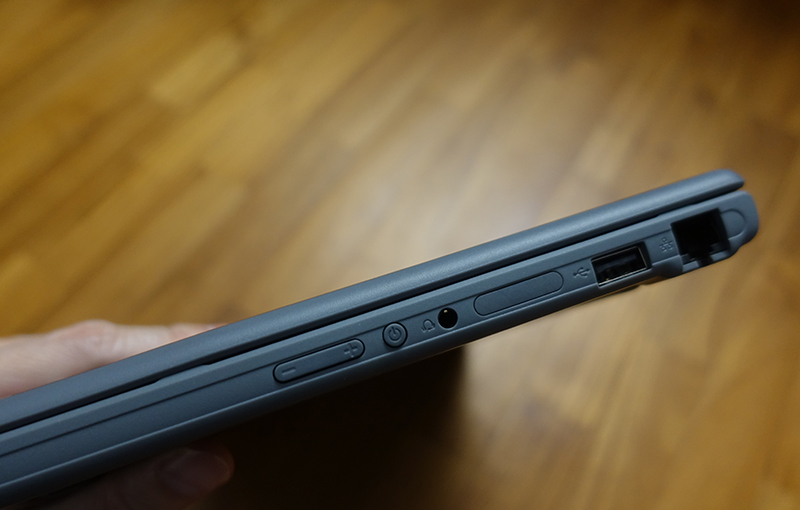 An on-screen 720p webcam also allows students to attend their home-based learning sessions or carry out their projects via Zoom. Interestingly, there is also a 13-megapixel camera mounted on the top of the keyboard. According to ASUS, this allows students to take photos or videos in tablet mode, which can make the notebook a fun digital companion for the kids to explore their surroundings with or play with their Facebook live feeds. However, both cameras are purely functional and cannot be compared to webcams on regular notebooks. The BR1100F’s webcams have poor color reproduction and unimpressive low-light performance, which, frankly, isn’t unexpected for a $699 notebook. 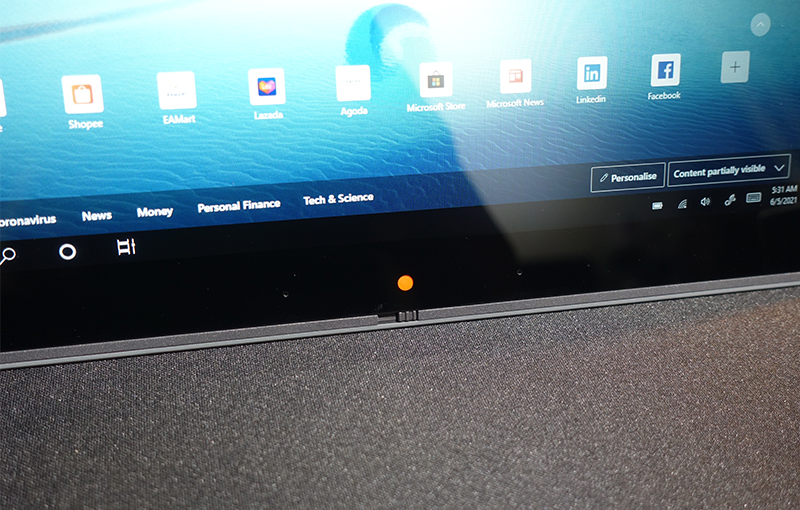 
While the above numbers may not look impressive compared to the more powerful notebooks we’ve tested in recent months, the BR1100F performed well enough in the two weeks I spent using it in several field tests. For example, if you type in a Word document or create a Gmail in Chrome, it works as I imagined it, with the only noticeable difference being the time it takes to load an app or when multiple programs are opened at once, leaving the notebook significantly behind. 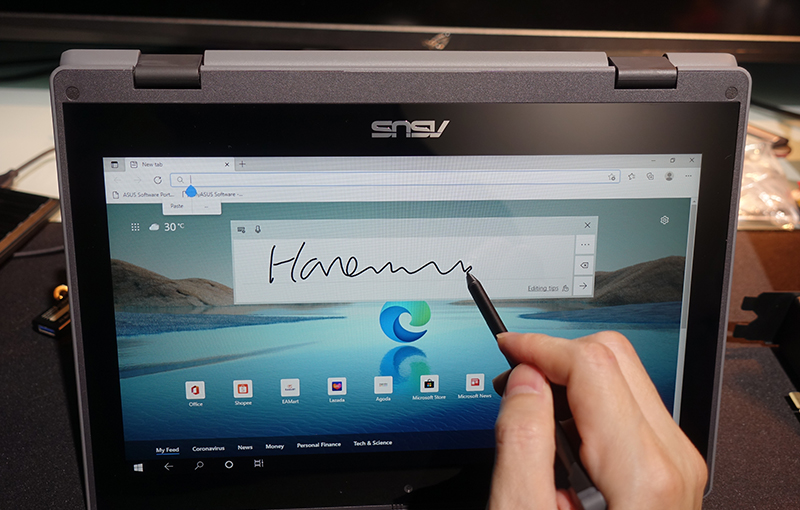 I even tried it out with some really old but timeless classic PC games, like Fallout 2 and Sim City 2000, and the BR1100F took it like a champ. The battery life was impressive. PCMark 10 recorded over eight hours with the screen set to maximum brightness and Wi-Fi turned on, which is pretty close to the nearly nine hours of battery life I got from a combination of browsing the web, YouTube, and Spotify. 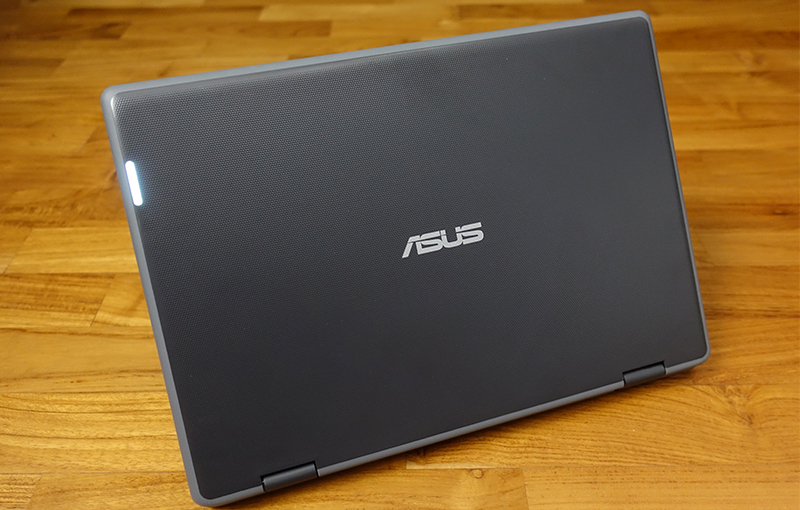 The COVID-19 pandemic has changed the way we work and study. Working from home and home schooling are encouraged if not the norm in most countries, and it certainly is for Singapore. So just as there are specialized notebooks for gamers and content creators, ASUS has identified a market gap (or opportunity, if you will) where younger students could use a more sensible notebook for their classes at home and schoolwork, and where the latest Intel 11th generation processor or discrete NVIDIA graphics card is just unnecessarily overwhelmed and even expensive for some parents.

The ASUS BR1100F is a particularly good one for filling that gap and then some. At S$699 at retail, it’s a ridiculously over-engineered notebook that seems rugged enough to withstand abuse from arrogant schoolboys and butter-fingered kids. It can even be turned into a tablet and together with the included stylus it can function as a digital scribble board. That, the webcam, camera and relatively decent power to perform basic computing tasks and very light gaming also make the BR1100F a very attractive choice that parents can suggest to their young children as their first notebook. Admittedly, there are notebooks with better specs and even notebooks that are priced lower, but the ASUS BR1100F is truly one of a kind.

Interested in getting the ASUS BR1100F, finding deals and more? You can get it from ASUS online store here. Meanwhile, the reviewed SKU is now available for: € 359,- on Amazon Singapore.

Stories You May Have Missed, Nov 29 – Singapore News