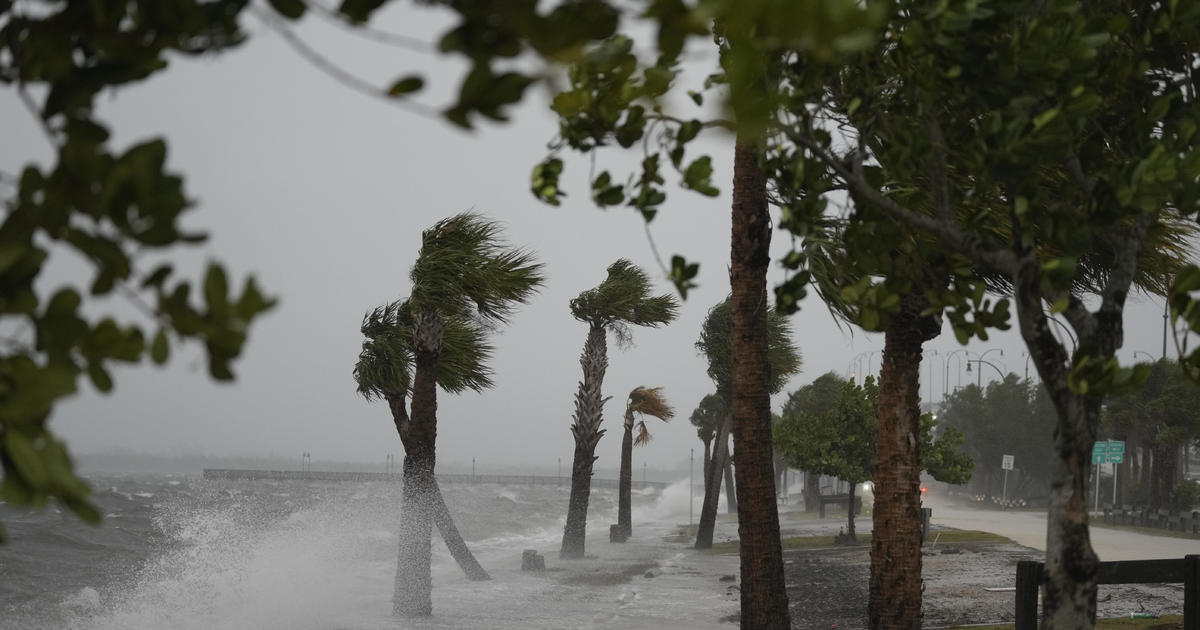 MIAMI – Nicole weakened to a tropical storm after making landfall early Thursday as a Category 1 hurricane along Florida’s east coast, knocking out thousands of people, nearly collapsing buildings and flooding the coast as the first hurricane to hit the US in November in nearly 40 years.

The storm struck just south of Vero Beach with winds of 75 mph before quickly weakening, the National Hurricane Center said. The high winds, downpours and storm surges devastated some areas hit by Hurricane Ian in September.

A man and a woman were killed by electrocution when they hit downed power lines in the Orlando area, the Orange County Sheriff’s Office said. Nicole also caused inland flooding, as parts of the St. Johns River were at or above flood stage and some rivers in the Tampa Bay area also approached flood level, according to the National Weather Service.

The worst damage appeared to be along the coast in Volusia County. Krista Dowling Goodrich, who manages 130 rental properties in Wilbur-By-The-Sea and Daytona Beach Shores as director of sales and marketing at Salty Dog Vacations, had witnessed backyards plunging into the ocean just before the storm.

In the aftermath, the backs of about seven colorful homes along highway A1A had disappeared. A modern house was missing two bedrooms and much of the living room because water was lapping under the foundation. On a partially collapsed wall were decorations with the words ‘Blessed’ and ‘Grateful’. Goodrich burst into tears when she saw it.

“Half the house is gone, but we managed to take family photos yesterday,” Goodrich said. “It’s overwhelming when you see this. These are hard-working people who got to this point in their lives and are now losing everything.”

More than 240,000 homes and businesses were without power early Thursday, according to PowerOutage.us. FPL said in a statement that by 8 a.m. they had restored power to about 178,000 customers.

Nicole’s peak winds coincided with low tide, limiting storm surge and coastal flooding. At Port Canaveral, the wave was measured at just under 6 feet (1.8 m) at around 4 a.m., just after landfall. Later on Thursday morning, the wave action had dropped to about 1 meter, but the water level is expected to remain high even at high tide.

A tornado threat, plus strong winds and rain, is expected to persist Thursday in parts of Florida, Georgia and South Carolina. A tropical storm warning is in effect from Juniper, Florida, to the South Santee River in South Carolina and along Florida’s west coast — where Ian first struck — from Bonita Beach to Indian Pass, plus Lake Okeechobee. Storm surge warnings also remain in effect along the Florida and Georgia coasts.

Nicole is expected to weaken into a depression early Friday and become a post-tropical cyclone over the Southeast.

Nicole’s landfall Thursday was the latest in a calendar year that a hurricane has ever hit Florida’s Atlantic coast. It broke the record held by the Yankee Hurricane, which hit the east coast of Florida on November 4, 1935.