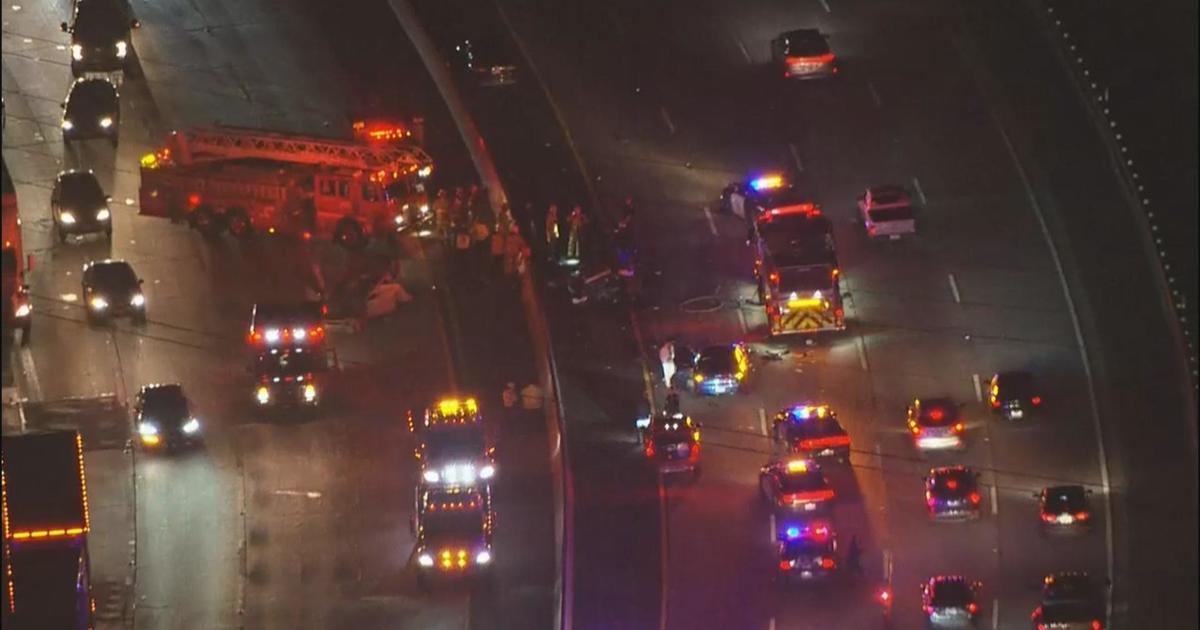 A multi-vehicle accident on the 101 freeway resulted in the death of at least one person and blocked both roads of the main freeway.

The accident happened at approximately 9:10 pm and involved a total of three vehicles, one of which jumped over the center partition and landed on its roof.

One person suffered minor injuries. At least two people were trapped and had to be freed.

According to the California Highway Patrol, it is a hard closure that could last for several hours.

Earlier today, another accident on the 101 Freeway left a toddler behind serious condition.