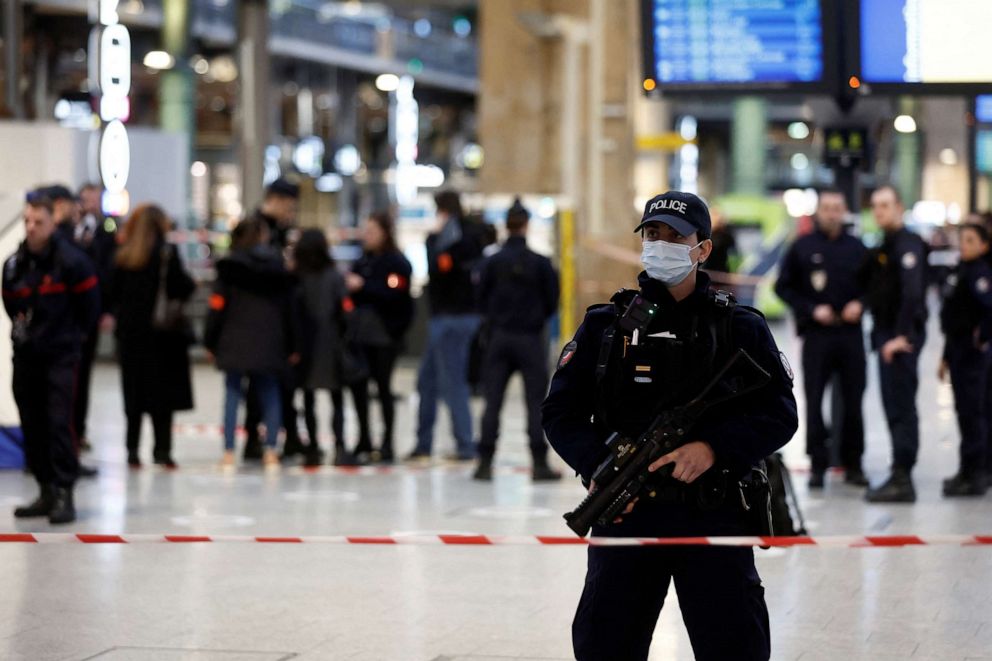 LONDON and PARIS — A man who injured at least six people in an attack at Paris’ Gare Du Nord station early Wednesday morning has been shot and hospitalized by police, authorities said.

So said Interior Minister Gerald Darmanin Twitter that “a person injured several people at the Gare du Nord this morning. He was quickly neutralized. Thank you to the police for their effective and courageous response.”

The alleged attacker is alive and hospitalized, authorities said. The six injured were also taken to hospital, Darmanin said at a news conference at the station, where he was flanked by armed police officers.

The attack began at about 6:42 a.m. local time and police responded quickly, Darmanin said. The suspect, who appeared to say nothing prior to the attack, was shot by police within a minute, the minister told reporters.

Prosecutors said they are investigating all possible leads. Investigators have not yet ruled out terrorism as a motive, they said. Police have not yet identified a weapon.

“I confirm that an investigation has been opened by the Paris prosecutor’s office,” the Paris prosecutor’s office said in a statement obtained by TBEN News. “The investigations were entrusted to the judicial police. The preliminary estimate is 6 injured, including one in absolute distress. The suspect has been hospitalized after being shot several times by the police. His vital prognosis is engaged.

ALSO READ  How the Coachella of Economics Can Survive Covid

Paris Gare du Nord is one of the largest and busiest train stations in Europe. It serves the northern suburbs of Paris and is a terminus on the Channel Tunnel route from London to Paris.