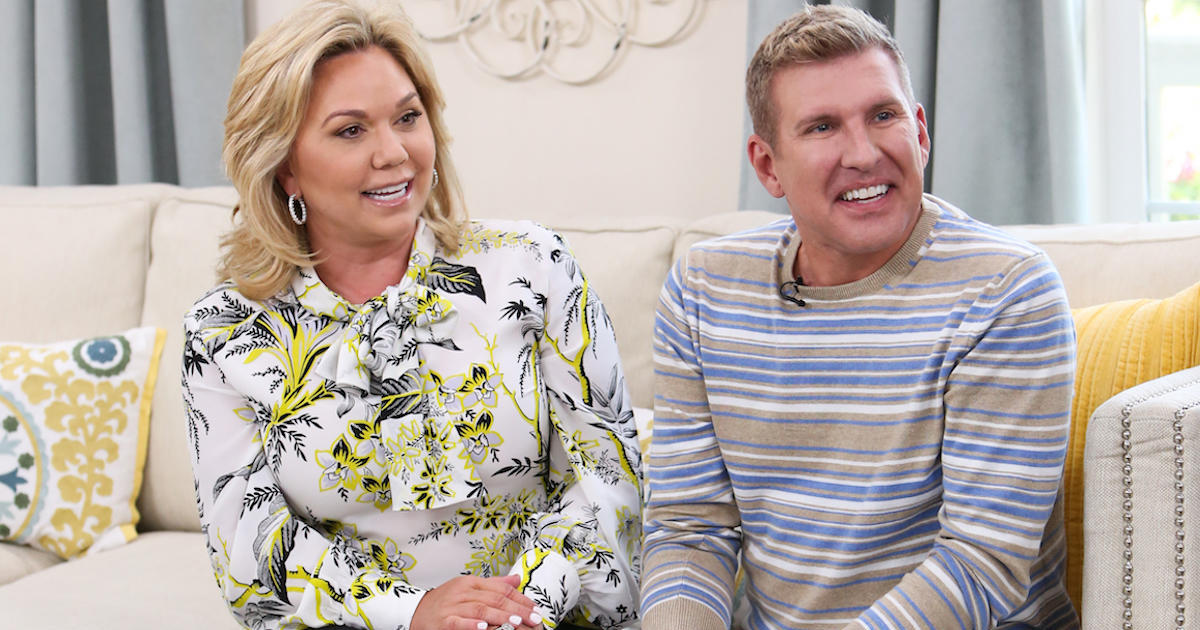 Prosecutors argued that the Chrisleys deserve a harsher sentence because evidence shows that many of their crimes were more serious than previously believed. They said the pair were “embroiled in a longstanding conspiracy to defraud community banks out of tens of millions of dollars.”

“A message should be sent to the Chrisleys and others that tax evasion is a serious crime, and that wealthy tax fraudsters who use personal businesses to evade taxes could face significant jail time,” prosecutors said. “Finally, Todd and Julie Chrisley’s arrogance deserves special attention.”

The prosecutors argued that while “most tax cheaters try to keep a low profile and avoid detection by the IRS,” the Chrisleys did the opposite.

In 2013, while Todd was in the middle of bankruptcy proceedings, the Chrisleys filmed a promotional video for their new reality show about their extravagant lifestyle. In the video, Todd boasted that he’s[s] millions of dollars a year,” and in another shot where he’s standing in his walk-in closet in his sprawling home, he boasted that “we probably spend over $300,000 in a year, sometimes more, just on clothes.”

The couple, who appeared on “Chrisley Knows Best” and several other reality TV shows, were sued on 12 counts, including tax evasion, conspiracy, banking fraud and bank fraud, in 2019. They were found guilty earlier this year.

U.S. Attorney Ryan K. Buchanan said in a June 2022 press release that Todd and Julie Chrisley conspired to defraud Atlanta-area community banks into obtaining more than $30 million in personal loans ahead of the launch of their first television show in 2014 The Chrisleys and their former business partner filed false documents to obtain the loans, then spent the money on cars, clothing, real estate and travel. They used new loans to pay back the old ones, Buchanan said.

Todd Chrisley filed for bankruptcy and was able to walk away from more than $20 million of the loans. Although he claimed to be bankrupt, according to Buchanan, he and his family made millions of dollars from their TV show. The Chrisleys ran a lending business, usually used by entertainment professionals, and made money from their show and other entertainment ventures.

When the IRS requested information about their bank accounts, they transferred their lending company’s operating account to Todd Chrisley’s mother in an attempt to hide from the IRS. However, Todd Chrisley still ran the lending business behind the scenes, Buchanan said.

The couple’s accountant, Peter Tarantino, was also found guilty of conspiracy to defraud the IRS and filing two false corporate tax returns on behalf of the Chrisleys’ company. On those tax returns, he falsely claimed that their company made no money in 2015 and 2016 and made no distributions.

In this week’s sentencing memorandum, prosecutors said the couple’s “crimes cannot be underestimated.”

“The seriousness of their actions is further underlined by the fact that neither defendant has expressed remorse for their crimes, instead continuing to blame others for their own criminal behavior,” they said. “Given the gravity of the Chrisleys’ crimes, a long period of incarceration is warranted.”

The Chrisleys’ lawyer filed a memorandum suggesting that the sentence should be much less – between 8 and 9 months. TBEN News has reached out to their attorney for further comment and is awaiting a response.

Several positive character assessments about the Chrisleys were submitted with their memorandum.

“Most people don’t get a chance to see and know the Todd I know,” wrote the family’s personal assistant/home manager and former housekeeper Jill Palilla. “They don’t know of the kindness he has shown to myself, my family and others. They don’t see him leading his family in prayer every night at the dinner table, they don’t see him weeping with sympathy for him.” others whom he sees hurt.”

“I have always known him as a caring friend and devoted advocate for all,” wrote fellow reality star Kandi Burruss-Tucker, who stars in “Real Housewives of Atlanta.” “You can see the love he has for his family, but the admirable role he took on as a caretaker for his granddaughter Chloe represents the essence of who he is beyond the stern yet comedic persona people see.”

Todd Chrisley’s lawyer argued that many people who rely on him “will suffer severe and negative consequences if he is sentenced to prison”, especially his elderly mother.

Caitlin O’Kane is a digital content producer who provides popular stories for TBEN News and its good news brand The Uplift.

ABOUT US
The Bharat Express News is your daily dose of Latest News, Entertainment, Music, Fashion, Lifestyle, World, Cricket, Sports, Politics, Tech, Business News Website. We provide you with the Latest Breaking News Straight from the India & all around the World on different categories.
Contact us: thebharatexpress[email protected]
FOLLOW US
© The Bharat Express News All Right Reserved
Go to mobile version