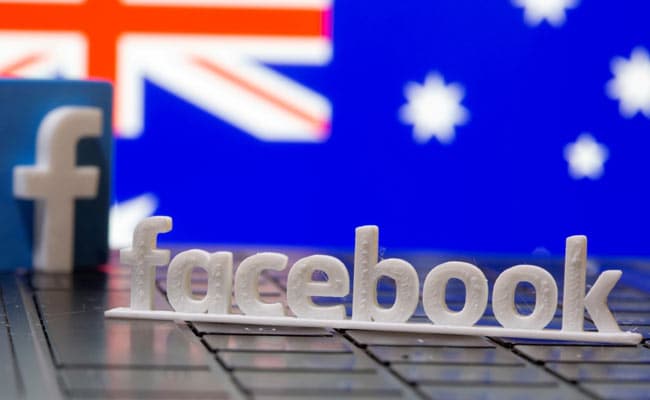 Discussions between Australia and Facebook over the weekend failed to break through.

Australia will not change legislation that would force Facebook and Alphabet Inc’s Google to pay media outlets for content, a senior lawmaker said on Monday, as Canberra nears a final adoption vote or no of the bill.

Australia and the tech giants have found themselves in a bind over legislation widely seen as setting a global precedent.

Other countries, including Canada and Great Britain, have already expressed interest in taking similar action.

Facebook protested against the laws. Last week it blocked all news content and several state government and emergency services accounts, in a shock to the global news industry, which has already seen its business model disrupted by the titans of the technological revolution.

Discussions between Australia and Facebook over the weekend failed to break through.

As Australia’s Senate began debating the legislation, the country’s top lawmaker in the upper house said there would be no further amendments.

The bill, in its current form, ensures that “news content produced in Australia by Australian news organizations can and should be paid for and is done in a fair and lawful manner”.

The laws would give the government the right to appoint an arbitrator to set content licensing fees if private negotiations fail.

While Google and Facebook campaigned against the laws, Google signed deals with major Australian media last week, including a global deal with News Corp. by Rupert Murdoch.

“There is no reason why Facebook cannot do and achieve what Google already has,” Birmingham added.

A Facebook representative declined to comment on Monday on the bill, which passed in the lower house last week and enjoys majority support in the Senate.

ALSO READ  FACT CHECK: No, Chief Minister Uddhav Thackeray did not announce the lockdown in Maharashtra from March 1

A final vote after the bill’s so-called third reading is expected on Tuesday.

Lobbying group DIGI, which represents Facebook, Google and other online platforms like Twitter Inc, said on Monday that its members had agreed to adopt a company-wide code of practice. industry to reduce the spread of disinformation online.

Under the voluntary code, they agree to identify and terminate unidentified accounts, or “bots”, disseminating content; inform users of the origins of the content; and publish an annual report on transparency, among other measures.

Meghan and Harry: From Fairytale Wedding to LA Lifestyle

Encounter with history! Bhutan envoy recalls meeting with father of the nation of Bangladesh

China Hopes US to Remove “Unreasonable” Restrictions on Cooperation

The Bharat Express News - March 9, 2021 0
Northern Ireland's lockdown exit strategy offers a "cautious, cautious and hopeful plan" to chart a journey out of the restrictions, Michelle O'Neill said. Presenting the...