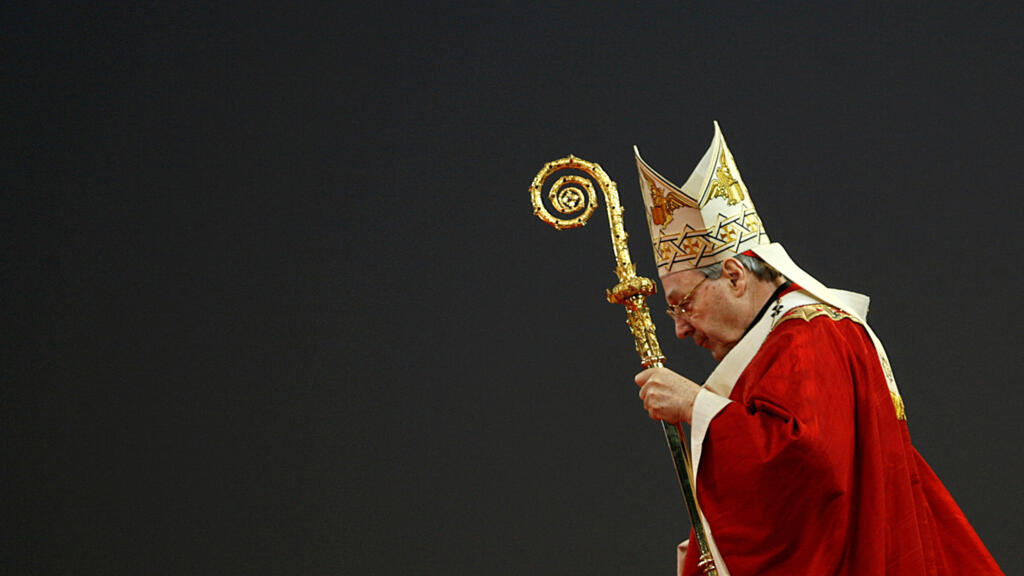 The ruling allowed Pell to walk free after 13 months in prison, ending the case of the top figure charged in the global scandal of historic sexual abuse that has rocked the Roman Catholic Church worldwide.

Pell, a former archbishop of Melbourne and Sydney, served as the Vatican’s economy minister from 2014 until he took a leave of absence in 2017 to return to Australia to face charges.

Even before the sexual assault allegations, Pell was a polarizing figure in the two decades he dominated Australia’s Catholic hierarchy, revered by conservative Catholics but scorned by liberals for his staunch opposition to same-sex marriage and the ordination of women.

He has lived in Rome since his acquittal and had several meetings with Pope Francis. Pell often attended the pope’s masses and Francis publicly praised him after his return.

On the day of Pell’s acquittal in 2020, Francis held his morning mass for all who suffer unjust punishments, which he likened to the persecution of Jesus.

ALSO READ  Perspective - 'The State of Dark': A Holocaust Survivor's Moving Memorial of a Lost Family

After returning to Rome, Pell became a familiar face in the Vatican circles, even though he had retired. His home became a focal point for conservatives preparing their platform for the eventual election of Francis’ successor.

He was a close friend of Pope Benedict, who died last month. But he disagreed with Benedict’s decision to continue wearing white, as it had confused the faithful. In an interview with Reuters after his return to Rome, he said the church needed rules about the role of popes who retire.

In May 2018, Pell was set to stand trial for multiple historic sex offense allegations relating to alleged incidents at a swimming pool in his hometown of Ballarat in the 1970s and at Melbourne’s St. Patrick’s Cathedral in the 1990s. The so-called swimmers case was dropped after a judge did not allow certain evidence.

Pell, who denied the charges, took no stand at two trials, the first of which ended with a hung jury.

At the retrial, a jury unanimously convicted him on five charges of assaulting two teenage choirboys at the cathedral when he was Archbishop of Melbourne, and he was sentenced to six years in prison.

He lost his first appeal and spent 404 days in solitary confinement until the seven judges of the Supreme Court of Australia unanimously overturned his conviction, saying it had not been proven beyond doubt.

“Look, it was bad, it wasn’t a vacation, but I don’t want to exaggerate how hard that was. But there were a lot of dark moments,” Pell told Reuters of his prison sentence.

The high-profile case was one of the most divisive in Australia, with some media organizations going so far as to violate a court suppression order barring coverage of the trial.

Clare Leaney, CEO of In Good Faith Foundation, which works for survivors of institutional abuse, said to many survivors, Pell was a symbol of a system that placed the interests of the Catholic Church above the interests and safety of individuals.

“As a result of this news, we expect a spike in individuals disclosing their experiences of institutional abuse for the first time.”

“His incarceration on charges that the Supreme Court ultimately damningly rejected was a modern form of crucifixion; at the very least, a sort of living death in the reputation,” Abbott said on Twitter. “His prison diaries should become a classic: a fine man struggling with a cruel fate and trying to understand the unfairness of suffering.”

The son of a prospector

Shine Lawyers said it would pursue a civil claim against the church and Pell’s estate on behalf of the father of a former altar boy who alleged he was sexually assaulted by Pell.

The son of an Anglican prospector and a devout Irish Catholic mother, Pell was talented both academically and sportingly. At the age of 18 he was signed to play professional Australian Rules football and played in the reserves for a club, but later chose to attend seminary.

He then took his doctorate in church history at Oxford and then became a parish priest in Ballarat.

In the 1990s, the church came under increasing fire for protecting priests and other church personnel who had committed sexual crimes and for not supporting victims.

Pell was proud to have created one of the world’s first schemes to compensate victims of child sexual abuse in Melbourne.

However, critics later told a government-appointed inquiry that the plan was designed to convince victims not to take legal action.

The extensive investigation revealed that the Church and other institutions had repeatedly failed to protect children through cultures of secrecy and cover-ups. It also found that Pell knew of child sexual abuse by at least two priests in the 1970s and 1980s and had taken no steps to remove the priests.