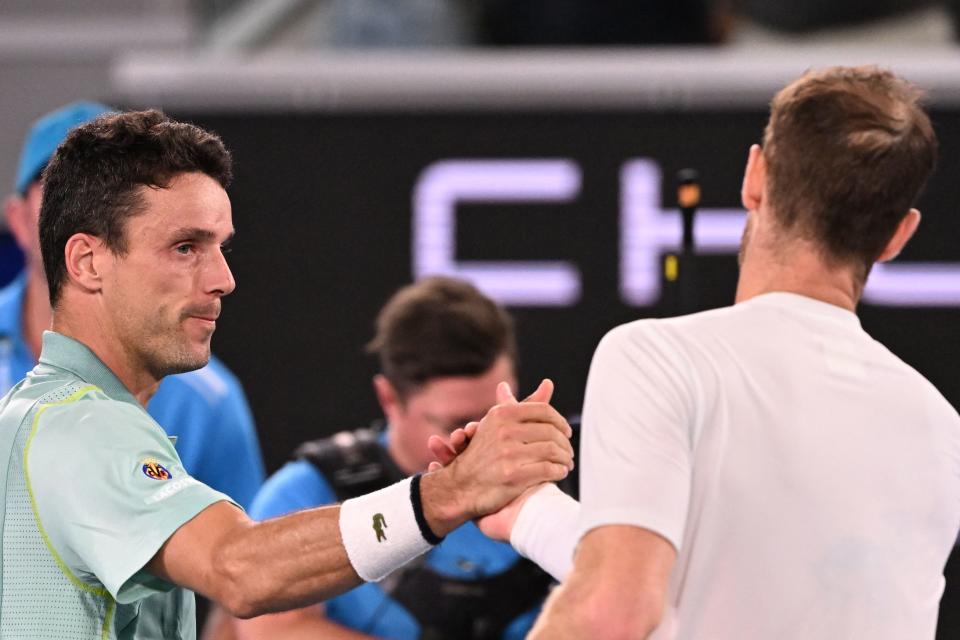 Andy Murray’s amazing run at the 2023 Australian Open is over.

The sleep-deprived Murray – who won a 5-hour, 45-minute, five-set marathon 28 hours earlier against Thanasi Kokkinakis that ended after 4am local time in Melbourne – ran out of wonders in the third round against Roberto Bautista Agut on Saturday .

The 35-year-old Murray fought in a 6-1, 6-7(7), 6-3, 6-4 loss that lasted 3 hours and 29 minutes – the shortest match for Murray at this year’s Australian Open. Murray defeated Matteo Berrettini in the first round in a match that lasted nearly five hours.

“It’s been difficult since the game against Kokkinakis,” said Murray. “I had blisters that needed to be drained and I wasn’t getting enough sleep, so it wasn’t ideal.”

Despite the circumstances, Murray fought valiantly against 24th-seeded Bautista Agut in a rematch of their five-part 2019 Australian Open thriller. But once again, Bautista Agut proved too tough for Murray.

“There was a lot of love for Andy,” Bautista Agut joked as the crowd cheered. “Maybe in the next round, a little more for me?”

Murray’s highlight on Saturday was the second set. Trailing 4–2, Murray fought back to force a tiebreak. Trailing 6-4 in the tiebreak, Murray saved two set points and eventually won the tiebreak 9-7.

But Bautista Agut recovered in the third to break Murray 4-3 en route to winning the set 6-3.

He then finished off Murray in the fourth set to set up a fourth round matchup with Tommy Paul.

Despite the loss, Murray’s run sparks excitement for his upcoming appearance in the French Open.

“You never know when the end will be,” Murray said. “But I would like to play tennis like this, where I have to compete with the best players in the world at the biggest events. …

“I can have a deeper run than the third round of a slam, no question about that.”

Djokovic advances to fourth round

“I thought a double break in the third set would be enough for me, but from then on he was stuck and until the very last shot I didn’t know if I was going to win,” said Djokovic. “It was an incredible fight, three sets in three hours.”

Djokovic, who will face Alex de Minaur next, has reached the fourth round of the Australian Open for the 15th time in his career.

How did the Americans do?