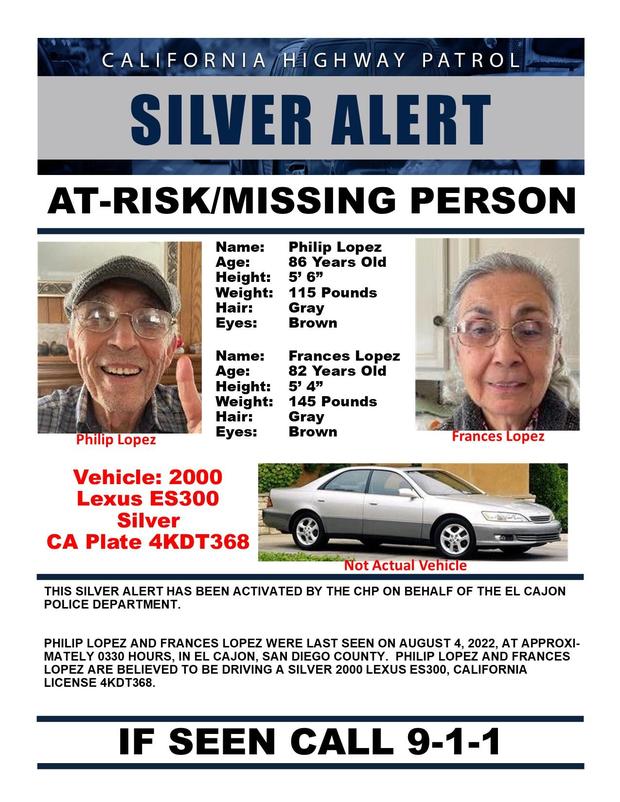 Phillip Lopez is 5 feet, 6 inches tall and weighs about 115 pounds. He has gray hair and brown eyes.

Frances Lopez is 5 feet, 4 inches tall and weighs about 145 pounds. She has gray hair and brown eyes.

The Silver Alert was issued on behalf of the El Cajon Police Department.