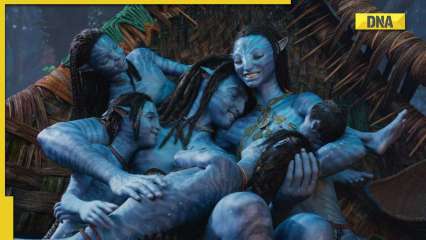 According to trade tracker Sacnilk, Avatar 2 had made Rs 364 crore nett (Rs 444 crore gross) in India as of Saturday night (January 7). According to trade sources, the film has already added Rs 8-10 crore on Sunday (January 8), bringing its total earnings past Rs 373 crore nett and Rs 450 crore gross. This means it has overtaken Avengers Endgame’s mark as the highest-grossing international film in India.

ALSO READ  Sanjay Dutt reveals why he didn't want to undergo cancer treatment and why he changed his mind: 'I decided one night…'

Meanwhile, if we talk about the global box office collections, Avatar: The Way of Water has earned $1.558 billion and surpassed the 2012 Marvel superhero film The Avengers which grossed $1.518 billion to become the ninth highest-grossing film of all time. be, according to Box Office Mojo.

The highest-grossing post-pandemic film to date is another Marvel Cinematic Universe film Spider-Man: No Way Home, with earnings of $1.916 billion. Trade experts are optimistic that the Avatar sequel would cross $2 billion before the end of its run, making it the highest-grossing movie after the Covid-19 era.

The original Avatar, released in 2009, remains the highest-grossing film ever, grossing nearly $3 billion in total. Given that the original film had a long theatrical run and continued to earn months after its release, trading experts predict a similar pattern for The Way of Water.