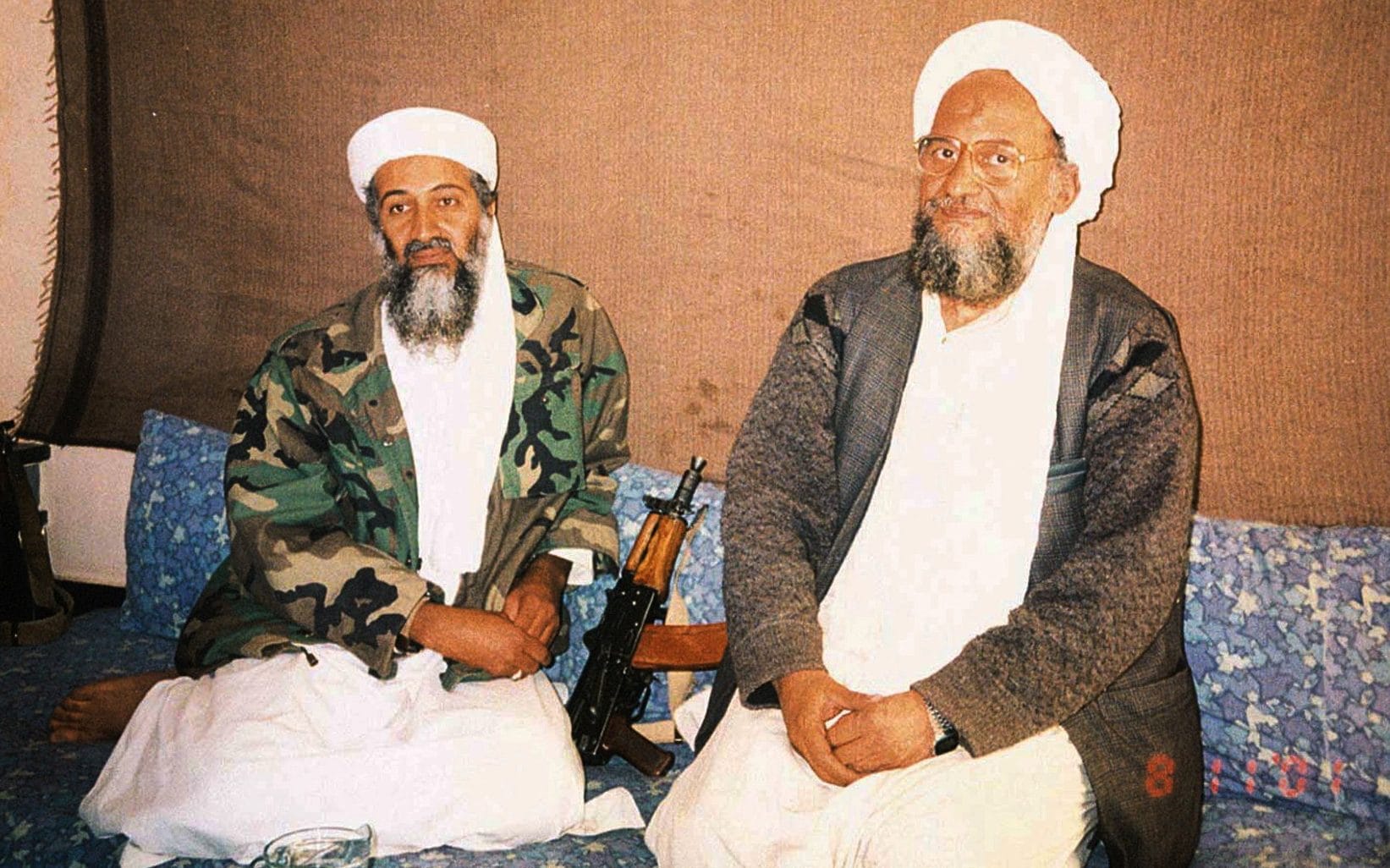 Osama Bin Laden was widely seen as the mastermind behind the September 11, 2001 terror attacks, but many say it was his secret deputy who was ultimately more responsible.

With his bushy beard, thick-rimmed glasses and the prominent bruise on his forehead from kneeling down in prayer, Ayman al-Zawahiri failed to command the adoration that charismatic Saudi-born bin Laden aroused among followers. from Al Qaeda.

And yet, it is al-Zawahiri who is considered the mastermind behind the world’s most infamous terrorist network, and the leading influence on Bin Laden’s transformation from a deeply rooted young radical into a skilled propagandist capable of running a global terrorist network. to lead. After more than two decades on the run, al-Zawahiri, 71, was killed by a US drone strike on Saturday night.

The doors of jihad opened to Egyptian-born al-Zawahiri in 1980, when, as a young surgeon at a Cairo clinic, a visitor arrived with a tempting offer: a chance to treat Islamist fighters battling Soviet forces. in Afghanistan.

It was during these early trips to treat patients in refugee camps on the Afghanistan-Pakistan border that al-Zawahiri crossed paths with the young and confident Saudi bin Laden.

What he saw was “the training” to launch young fighters into battle “with the great power that would rule the world: America,” al-Zawahiri wrote in a 2001 biography-cum-manifesto.

The experience was for the two men to lead a cruel life in which bin Laden and then al-Zawahiri led Al-Qaeda.

Bin Laden and al-Zawahiri were likely drawn to each other by their shared backgrounds – both were educated, modern men from prominent families who were extremely devout and politically oppressed by their homeland regimes.

Bin Laden was an international businessman and al-Zawahiri, six years his senior, a surgeon.

“Bin Laden had an Islamic frame of reference, but he had nothing against the Arab regimes,” Montasser al-Zayat, a lawyer who once represented al-Zawahiri, told the New Yorker after the 9/11 attacks.

“When Ayman met Bin Laden, he created a revolution in him.”

Bin Laden always looked up to him

If bin Laden had the checkbook, it was al-Zawahiri who brought much-needed underground militant experience.

Bin Laden provided charisma and money to al-Qaeda, but al-Zawahiri brought the tactics and organizational skills needed to forge militants into a network of cells in countries around the world.