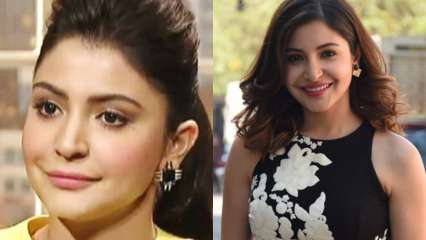 Anushka Sharma is one of the most talented and respected actresses of her generation. Anushka is not only loved for her on-screen character, but she’s also admired for the way she portrays herself off-camera. However, by 2014, his intensified pout on the lips had put emphasis on her.

Fans noticed Anushka Sharma’s lip work when she appeared on ‘Koffee With Karan’. The actor was heavily criticized for his appearance at the time. Later in 2016, in an interview with Vogue magazine, Anushka had accepted that she had opted for lip work.

She said, “I have nothing to hide. So when I talked about my lip work, a lot of people called me brave to go out. But I did what I had to do. for my role in ‘Bombay Velvet’. I’m I’m not gonna lie and say I didn’t; I had to make it my own. I wanted fans to know that I’m human and that I’m not perfect. “

Conversely, before getting clean in 2016, Anushka claimed in 2014 that she had used “ a temporary lip enhancement tool ”.

On a more personal level, Anushka is now a beloved mother as she recently welcomed her first child with husband and Indian skipper Virat Kohli. Recently, while revealing their daughter’s name, ‘Virushka’ wrote: “We have lived together in love, presence and gratitude as a way of life, but this little one, Vamika has taken it to a whole different level! Tears, laughs., worry, congratulations – emotions that have sometimes been experienced within minutes! Sleep is elusive but our hearts are so full thanking you all for your wishes, prayers and good energy . ”

It was in August of last year that Virat and Anushka announced that they were expecting a child together.

In terms of work, Anushka has not been seen in the movies since the release of her film, “Zero” starring Shah Rukh Khan and Katrina Kaif.