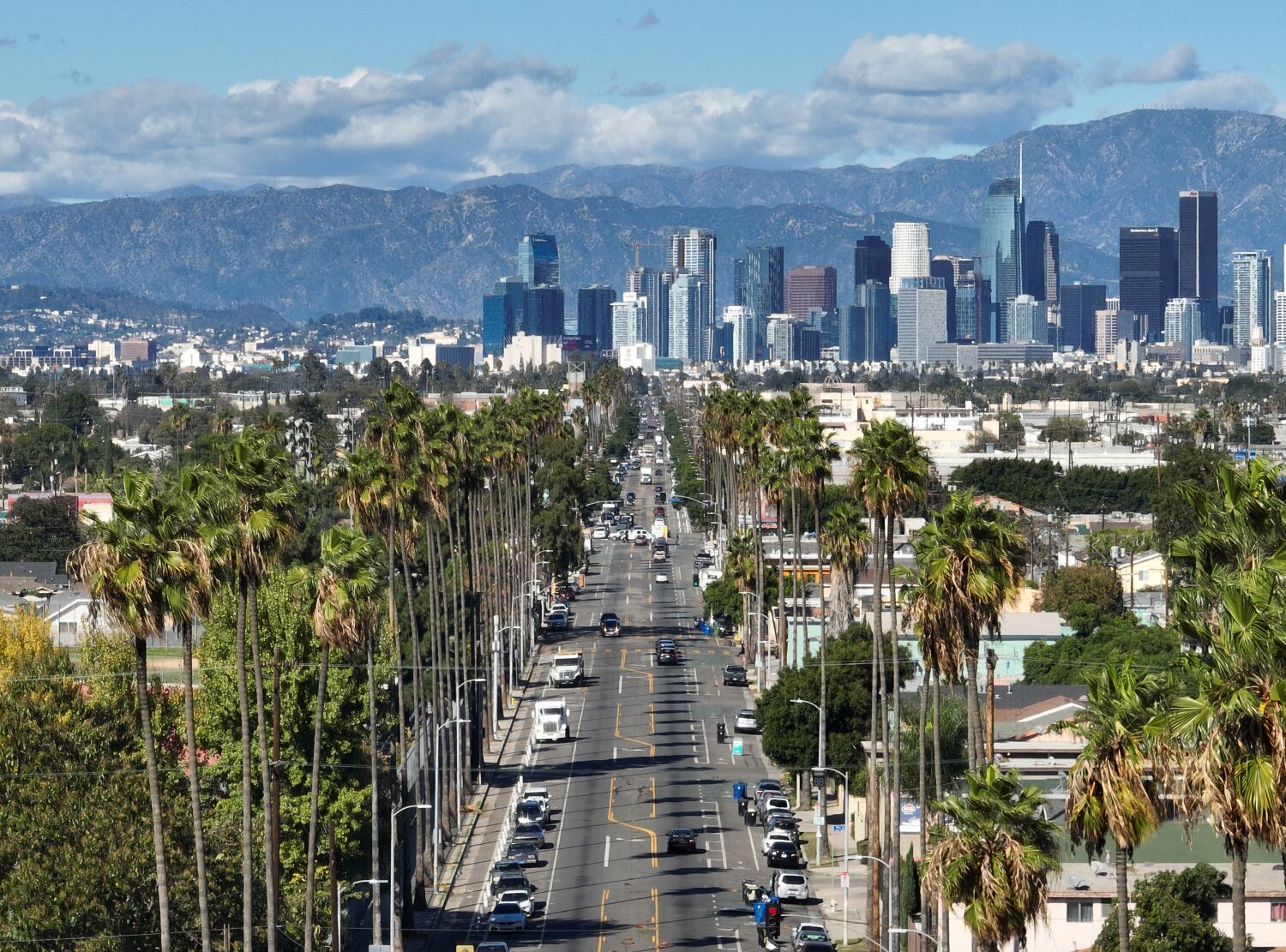 Southern California has been pummeled by back-to-back Santa Ana wind events this week, putting parts of the region at heightened fire risk.

The National Weather Service office in Oxnard expects the first round of high winds and low humidity to hit Los Angeles and Ventura counties Tuesday and Wednesday. A second round is possible on Saturday.

Although the region was hit with record rainfall last week, significant precipitation did not fall in all areas, said Lisa Phillips, a meteorologist with the Oxnard office.

Wednesday’s winds will dry out the grasses, and the second round will further dry out the fuels, Phillips said, preparing them for possible fires.

“Some areas have received quite a bit of rain, but we need to get at least 4 inches to officially end the fire season,” she said. “Unfortunately, we’re not there yet.”

There is a red flag warning for western Los Angeles County and much of Ventura County on Wednesday from 7 a.m. to 7 p.m., according to the National Weather Service in Oxnard.

“Continued drying Wednesday morning into the afternoon and sustained gusts and potentially damaging winds are likely to support critical fire conditions for 6 hours or more during the warning period,” the weather service said.

Meteorologists warned of damaging winds from the northeast with gusts of 55 to 75 mph in wind-prone mountains.

Winds are expected to be strongest from Tuesday night to Wednesday afternoon. Minimum relative humidity of 8% to 18% is expected from Wednesday morning to early evening.

“If a fire does start, there could be a rapid spread of wildfire that could lead to a threat to life and property,” meteorologists said.

The weather service has also issued a strong wind warning for 7 p.m. Tuesday through 7 p.m. Wednesday.

Northeast winds of 30 to 40 mph, and gusts of up to 65 mph are expected in the mountains of Ventura and LA counties, meteorologists said.

The forecast for Saturday’s wind event is still evolving, but models show winds could be 5 to 10 mph slower than Wednesday’s Santa Ana winds.

Although winds could be weaker over the weekend, they still pose a risk, meteorologists said.

Residents should avoid using equipment such as weed killers, vehicles over dry grass or other activities that could cause sparks, Phillips said.

Strong winds and dry air cause sparks to travel significantly further than normal, increasing the risk of fire, she said.

Northeast winds of 25 to 35 mph are expected with gusts up to 60 mph, the weather service said. Gusts of up to 70 mph are possible below Cajon Pass and near the foothills of the Santa Ana Mountains.

No red flag warning has been issued for the Inland Empire or Orange County.