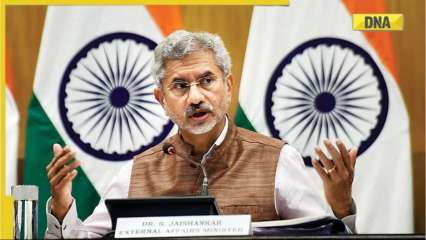 After Prime Minister Narendra Modi advised Russian President Vladimir Putin on the current crisis in Ukraine, India once again reiterated its position on the war between the two nations, calling it a “matter of deep concern”.

Following the words of Prime Minister Modi, who said that this is not the era of war, India spoke to the UN Security Council and said that the need of the hour is to end the conflict in Ukraine and return to dialogue and said the nuclear issue certain fear.

Foreign Minister S Jaishankar told the UN Security Council: “The course of the conflict in Ukraine is a matter of great concern to the entire international community. The prospects for the future look even more troubling. The nuclear issue is a particular fear.”

EAM Jaishankar went on to say that the impact of the conflict is being felt even in distant regions in today’s globalized world. The union minister said: “We have all experienced its effects in terms of INCREASING costs and actual shortages of food grains, fertilizers and fuel.”

The briefing, chaired by French Minister of Europe and Foreign Affairs Catherine Colonna, took place on Thursday as world leaders gathered at UN headquarters for the 77th high-level session of the UN General Assembly.

On Wednesday, Jaishankar met Ukrainian Prime Minister Denys Shmyhal at UN headquarters here and briefed him on India’s principled position emphasizing the cessation of all hostilities and return to dialogue and diplomacy.

Despite recent calls to end the conflict between Russia and Ukraine, India has not formally condemned Moscow’s actions for invading the neighboring country. Indian authorities have further said that the crisis must be resolved through diplomacy and dialogue.