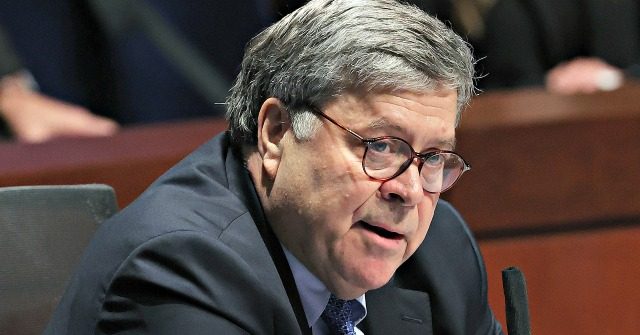 On Friday’s broadcast of HBO’s “Real Time,” former Attorney General Bill Barr stated that “the greatest danger to our democracy, frankly, is the kind of radical progressive movement” and that free public discourse is under attack in a way that ” on a daily basis makes the McCarthy era child’s play.”

Bar said: “[W]When faced with the question, if Trump is the party’s nominee and he is running against Biden, who would you vote for? And I say it’s hard for me to see — I just find it hard to believe that I could vote against the Republican nominee under those circumstances because I think the greatest threat to the United States and the greatest danger to our democracy, frankly, is the kind of radical-progressive movement and left-wing that has taken place —.”

Host Bill Maher then chimed in and asked, “More than the guy you said tried to steal an election?”

Barr stepped in to reply, “Absolutely.” And “What happens every day in our country makes the McCarthy era child’s play.”

Barr concluded: “Speech is essential to democracy, as is voting. If someone says what is the greatest danger to democracy? I agree that elections are critical and the right to vote is critical, but what is most under attack is public discourse, which is essential. It precedes voting.”