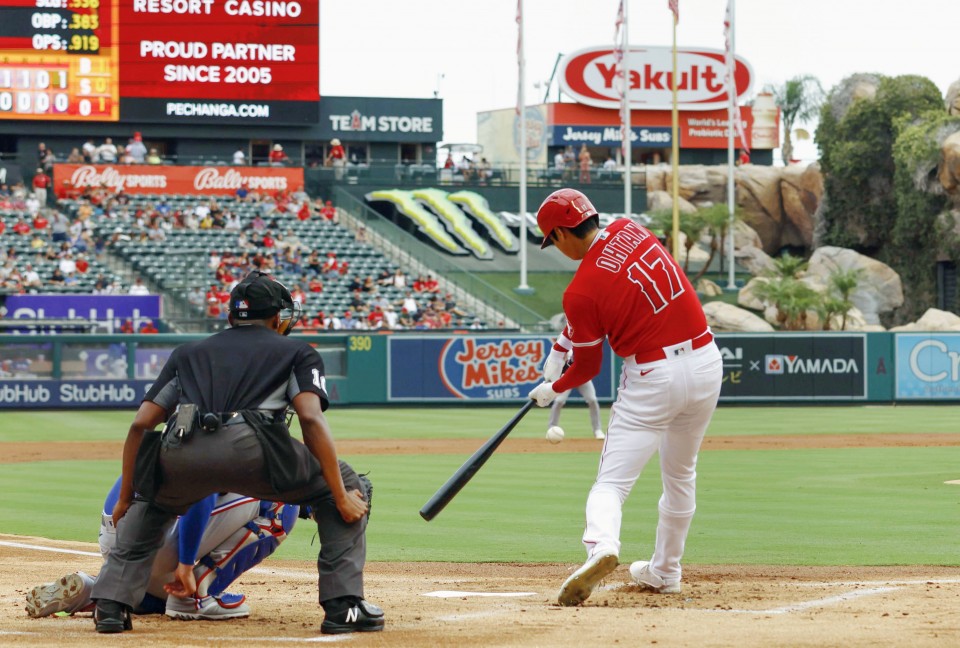 Japanese two-way star Shohei Ohtani had two hits and a couple of walks for the Los Angeles Angels, who dropped the final of a four-game series against the Texas Rangers 5-2 on Sunday.

Ohtani tripled and came by to score the opening run for the Angels on a Luis Rengifo-single in the first inning at Anaheim Stadium when the Angels took a 2-1 lead through the fourth.

Shohei Ohtani of the Los Angeles Angels tripled in the first inning of a game against the Texas Rangers at Anaheim Stadium in Anaheim, California, on July 31, 2022. (TBEN)

Ohtani also singled on a 2-for-2 day, but the team lost its third game of four in the series and fell to a 6-18 record in July.

Elier Hernandez hit an RBI sac-fly off Los Angeles-starter Reid Detmers to tie the game in the fifth inning, and Texas scored three more runs in the ninth, when Jose Quijada (0-3) got the bases loaded and Raisel Iglesias gave up a base- clearing double for Ezequiel Duran.

Ohtani, who has racked up nine wins, is scheduled to pitch on Wednesday in the second game of a three-game series against the Oakland Athletics. If he scored double-digit wins, he would be the first player since Babe Ruth to have 10 wins as a pitcher and 10 home runs as a batter in the same season.

At PNC Park, Yoshitomo Tsutsugo was 1-for-4 with an RBI for the Pittsburgh Pirates, who were defeated 8-2 by the Philadelphia Phillies.