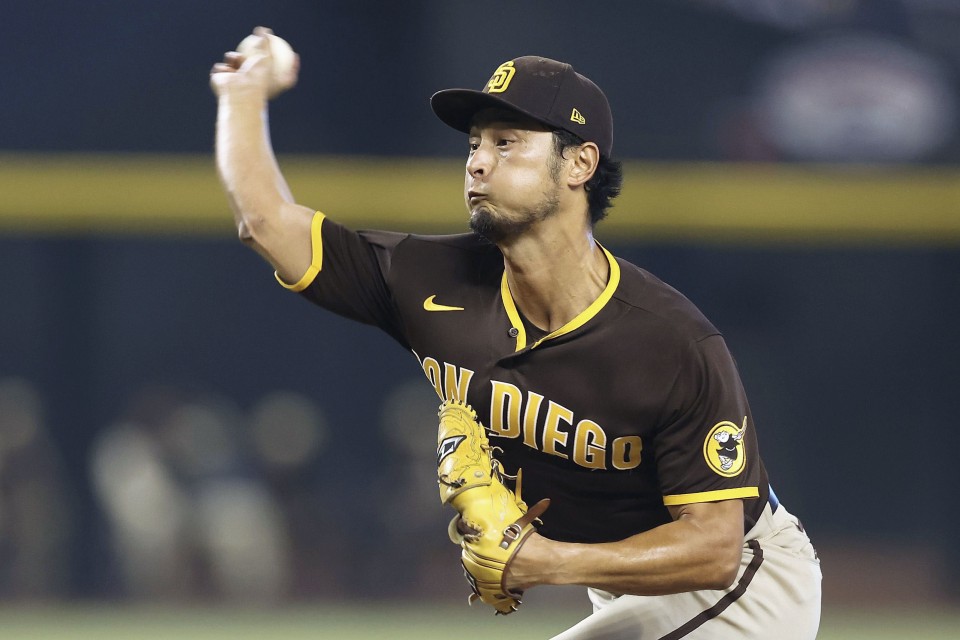 Yu Darvish threw six innings of a one-hit ball to take his 15th win of the season on Sunday when the San Diego Padres defeated the Arizona Diamondbacks 6-1.

Darvish (15-7), who won his fifth consecutive start, started with four 1-2-3 innings to come within a win of his MLB best 16 of his Texas Rangers debut in 2012. His career high has reached 18 with the Nippon Ham Fighters of the Japanese Pacific League in 2011.

Starting pitcher Yu Darvish of the San Diego Padres pitches against the Arizona Diamondbacks during a baseball game on September 18, 2022 in Phoenix, Arizona. (Getty/TBEN)

A two-run Manny Machado homerun in the first inning, a sacrifice fly in the third inning and a solo shot by Juan Soto in the fifth inning made it 4-0 before Darvish ran into his lone blockage in the bottom of the fifth.

With two outs and two on a single and walk, the only one Darvish would allow, his error on the field loaded the bases. Geraldo Perdomo fought three 3-2 pitches before facing a slider for a called third strike.

“My pitching was generally good. I had a good feel for the fastball,” said Darvish. “My throwing form got better and I was able to keep attacking with my fastball.”

ALSO READ  End of COVID pandemic "in sight": WHO chief

Two-way star Shohei Ohtani had his 139th hit of the year, eclipsing his MLB high of 138 last season as the Los Angeles Angels defeated the Seattle Mariners 5-1 for their third straight win.