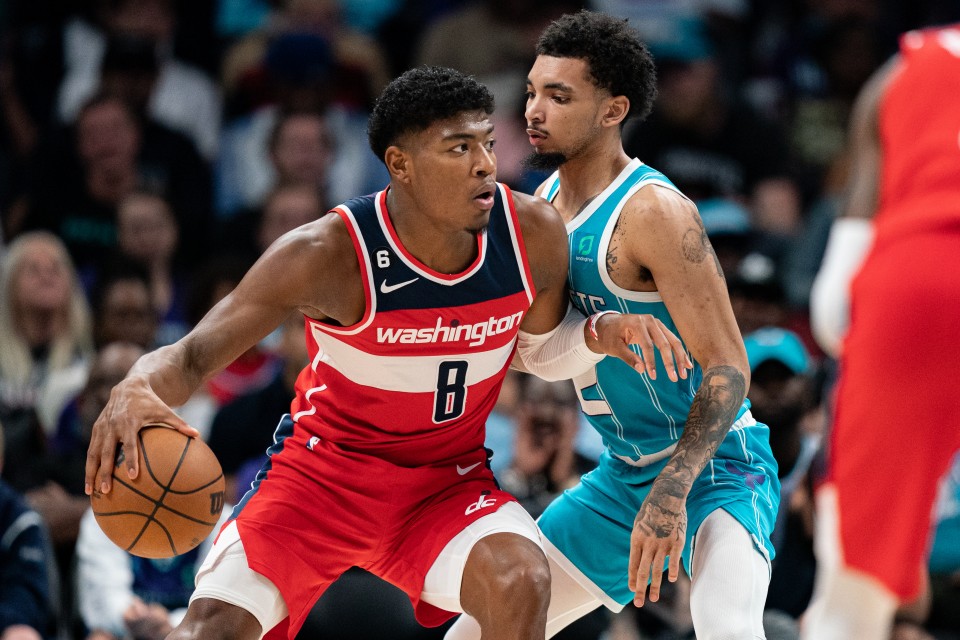 Japan’s Rui Hachimura came off the bench to match his 16-point season high in the Washington Wizard’s 108-100 National Basketball Association win over the Charlotte Hornets on Monday.

In 26 minutes, Hachimura was 6-for-12 from the field and 4-for-7 from the free-throw line with three boards and a block, as the Wizards overcame a two-point deficit without their biggest scoring threat, Bradley Beal, due to health problems. and safety protocols.

Kyle Kuzma scored 20 points to lead the Wizards, who played on the road for the second consecutive day after losing to the Memphis Grizzlies on Sunday.

“We know it’s hard to win the second game in a row on the road and beat a man,” said Wizards coach Wes Unseld Jr.

Rui Hachimura #8 of the Washington Wizards is pictured in action against the Charlotte Hornets during a game at the Spectrum Center on November 7, 2022 in Charlotte, North Carolina. (Getty/TBEN)