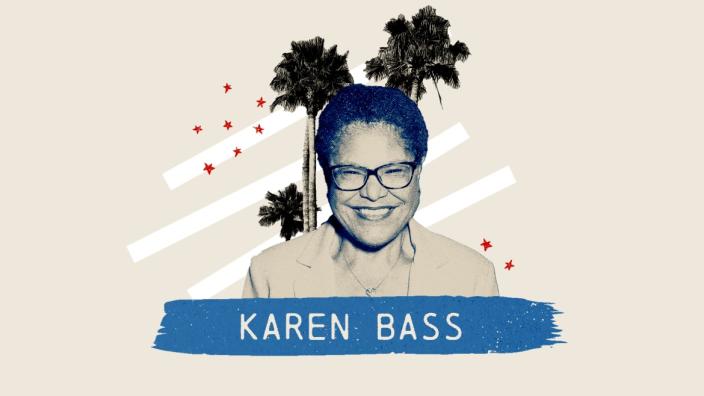 After an unusually competitive race in a mostly Democratic city, Representative Karen Bass became the first woman to be elected mayor of Los Angeles on Wednesday. In doing so, she managed to find the thread between calls to defraud the police and a growing concern about violent crime.

Bass, a six-time congressman, was declared the winner over billionaire developer and Republican-turned-Democrat Rick Caruso after a race that only seemed to get tighter in recent weeks. And while Bass’s win shouldn’t come as a surprise — given Los Angeles’ deep-blue politics and her profile as progressive — her win comes on the heels of a scandal at City Hall that ousted top Democratic leaders.

Caruso, a former Republican who spent about $100 million of his own money to fund his campaign, seriously threatened Bass only last month, when polls indicated he was closing in on the former speaker of the state assembly. Caruso also received support from several celebrities, including Chris Pratt, Katy Perry, and Kim Kardashian, as he drummed up about violence that had gotten out of hand.

During his campaign, Caruso portrayed himself as a political outsider who would restore the Democratic establishment and bring crime under control. But even as he tried to claim the progressive mantle, his past haunted him, including the fact that he had given money to national Republican stalwarts like Senator Mitch McConnell.

Caruso’s defeat suggests that, after years of protests over police brutality and brutality, fears of resurgence in crime can only lead to political chaos in democratic cities to a point.

Bass won despite not always drawing clear contrasts with Caruso. Like him, she called for more police, alienating some Black Lives Matter supporters. And like him, she advocated for extra resources outside the police force to help people in trouble.

But she also benefited from her status in the party that dominates local politics. She secured her own share of the A-list, from Vice President Kamala Harris to former President Barack Obama. Harris was raving for her the day before the election, and President Biden also gave her his blessing.

Bass has also weathered a storm in her own party in recent weeks.

Last month, after a recording of a city council member using racist language was made public, both Bass and Caruso called on everyone involved in the conversation to stand down. Bass — relatively far from the furore as a member of Congress — made it clear in a debate that she wasn’t much of an insider as to be oblivious to the need for change.

“We need a new direction in LA and new leadership that will make us reject the politics of divide and rule,” she said.

Do you have a tip? Send it to The Daily Beast here