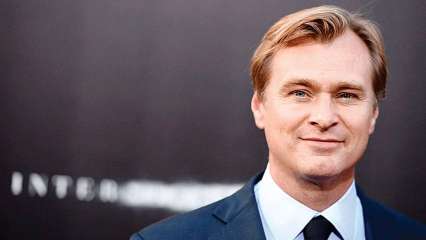 Christopher Nolan is best known for directing the ‘Batman’ comic book movie trilogy. Without a doubt, his trilogy remains one of the most beloved among fans of the superhero. Nolan had recently shared that he felt lucky to be working at a time when movies were not becoming “a business driver.”

Nolan dispelled the current culture of turning comics into films during the promotional tour of a book about his films, written by Tom Shore. For the uninformed, “ Batman Begins, ” Nolan’s first film, came at a time when even the Marvel Cinematic Universe was just getting started.

ALSO READ  Bigg Boss 14 kicked out candidate Shardul Pandit has message for Salman Khan: 'Give me a job'

“When we made Batman Begins, we didn’t know we would make one and it took us three years to do it, then four years before the next one. We had the luxury of time. It didn’t look like a machine, a commercial engine for the studio. As the genre becomes so successful, these pressures become greater and greater. It was the right time, “he was heard.

He expanded on his project and shared, “Batman’s origin story had never been touched on in the movie or completely in the comics. There wasn’t one particular or exact thing that we had to follow. There was a gap in movie history. Superman had a very definitive narrative with Christopher Reeve and Richard Donner. The version of it with Batman had never been told. We were watching this tale of an extraordinary figure in a world. ordinary. “

Meanwhile, Robert Pattinson is the last to shoot Batman. The film is directed by Matt Reeves.

Bigg Boss 14: Rubina Dilaik asks other competitors to do household chores according to their free will, Eijaz Khan-Jasmin Bhasin fights against

The Bharat Express News - December 3, 2020 0
REAL-TIME EVACUATION MAP NEAR IRVINE (TBEN) - A forest fire of more than 1,500 acres broke out in Silverado Canyon east of Irvine on Wednesday...

Updated lockdown rules for South Africa – including travel, self-quarantine and...

Updated lockdown rules for South Africa – including travel, self-quarantine and...