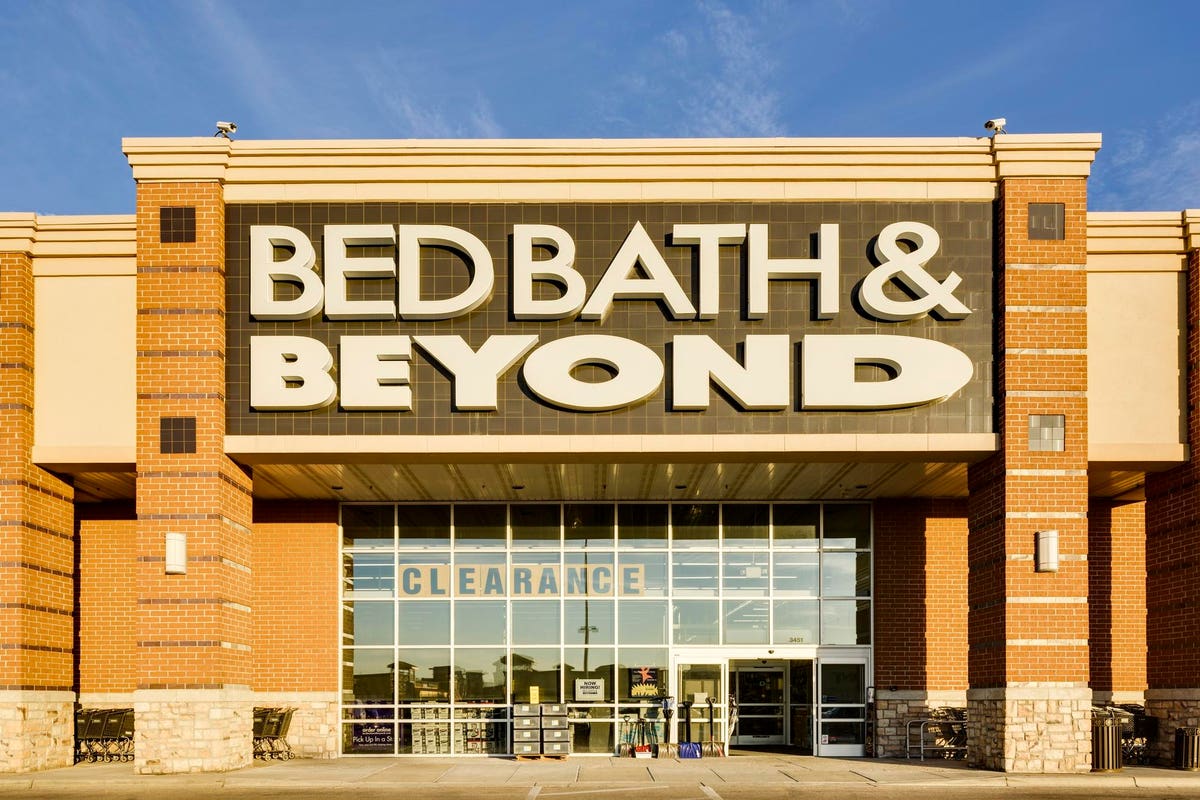 Bed Bath & Beyond has struggled financially for years due to poor management decisions. While the homewares retailer was once a go-to destination for home furnishings, other retailers have come in with more choices and better prices. These bad decisions led the company to announce that bankruptcy is an option on the table. Here’s how Bed Bath & Beyond got here and the options ahead.

Bed Bath & Beyond warns of bankruptcy

Announcing that the money is running out and bankruptcy is being considered, a disastrous year with the suicide of its CFO Gustavo Arnal, problems paying its creditors and suppliers, the closing of nearly a quarter of its stores and the plunge in the value of its share price. The sum of these problems spells doom for Bed Bath & Beyond unless it can develop a restructuring plan.

Bed Bath & Beyond has been in financial trouble for quite some time and its woes predate the pandemic. In 2019, then-CEO Mark Tritton embarked on a strategy to develop own brands and position them over national brand names. This effort came on top of previous efforts to improve retail sales and supplier relationships.

The biggest problem facing Bed Bath & Beyond is that it has seriously damaged its relationship with its suppliers by making late payments and trying to compete with them through private label brands. In general, retailers combine private labels with brand names to provide consumers with more choice, and name brand suppliers work with retailers to position products favorably on store shelves.

In August 2022, the retailer announced plans to turn the company’s business around and return it to profitability. That included ways to generate cash to pay suppliers, track operating expenses, and reinvest in the business.

The plans were also a strategy to keep customers returning to the store aside from the company’s famous 20% off coupon, to differentiate its merchandise from retailers selling the same or similar products, and to recover from issues with the supply chain.

Bed Bath & Beyond also considered selling its buybuy BABY division, though as of early 2023 it has yet to make a move to do so.

The near future doesn’t look good for Bed Bath & Beyond in terms of avoiding bankruptcy. As it stands, the retailer is burning through its available cash reserves to keep its doors open. The retailer borrowed $375 million from investment firm Sixth Street in August 2022, but is struggling to get another cash infusion from lenders.

In its third-quarter earnings announcement, it reported a net loss of $393 million, which is more than the $385 million quarterly loss it forecast a week ago. Bed Bath & Beyond sales were down 34% compared to the same period last year. Sales in the buybuy BABY division fell into the low 20% range year over year. The company did not disclose sales at Harmon Stores, the health and beauty chain.

The good news from the call is that the retailer is still on track to close 150 stores this year and operating expenses have fallen from $698 million a year ago to $583 million. This shows that the company is working to reduce costs while trying to survive. It also noted that its Welcome Rewards membership program has added about 10 million new members.

One possible way to survive could be to shut down the Bed Bath & Beyond brand and focus solely on buybuy BABY. After Babies R Us went out of business, the retailer became the only physical option for parents who focused exclusively on children’s goods. While discount stores such as Walmart and Target carry baby and children’s clothing and furniture, buybuy BABY has a much wider selection, especially in regards to furniture and car seats. Some analysts estimate the buybuy BABY brand at $1 billion.

The future doesn’t look good for Bed Bath & Beyond. If the retailer fails to devise a restructuring plan that restores the confidence of its suppliers and reduces its debt balance, bankruptcy or sale are the only options. The bankruptcy warning as an option was issued January 5, 2023, but no additional news has been announced as of January 10, 2023. This includes the earnings call, where the only comment CEO Sue Gove made on the matter was that the option is still on the table , but the company is working hard to avoid this scenario. She did not answer questions from analysts during the call.

News of a potential bankruptcy was announced on Jan. 5, sending BBBY shares down 30% to $1.31 by the end of the day. With no additional bankruptcy news in the following days, the share price has risen. Since the low on Jan. 6, the stock is up 58%. It’s unclear whether the rise in share price is due to institutions buying back or to retailers looking for a short-term uptick to take advantage of.

The most likely scenario is a quick buyout by private investors as BBBY has become a meme stock in the same vein as Gamestop and AMC. By buying the stock and call options, they hope to harm hedge funds that short the stock.

However, short sellers are still buying up the available float in anticipation of bankruptcy. As of January 9, 2023, the company had shorted 57.13% of its float with a short holding of 37.48 million shares.

Investors should understand that if the company goes bankrupt and the stock price falls to zero, there is little to no recourse for shareholders. In the event of bankruptcy, creditors are first in line, and it is extremely rare for stock investors to recover lost money.

Bed Bath & Beyond is facing many problems and bankruptcy seems to be the only realistic option at the moment. There may be a situation where a bank or private equity group steps in to save the day, but for this to happen Bed Bath & Beyond will probably have to sell some assets or completely restructure the company. It probably won’t survive in its current form without a major overhaul or loan miracle.

From an investor perspective, there are certainly better options. Q.ai takes the guesswork out of investing.

Our artificial intelligence scans the markets for the best investments for a variety of risk tolerances and economic situations. They are then bundled into Investment Kits, such as the Emerging Tech Kit, that make investing simple and strategic.

Best of all, you can activate Portfolio Protection at any time to protect your profits and reduce your losses, no matter what sector you invest in.

Is Social Security income taxable by the IRS? Here’s what you may owe on your benefits

‘The world should be concerned’: Saudi Aramco – the world’s largest oil producer – has issued a dire warning of ‘extremely low’ capacity. ...

The Bharat Express News - January 28, 2023 0
Rakhi Sawant's mother, Jaya Bheda, passed away on Saturday, January 28 after a long battle with cancer that she had been battling for three...