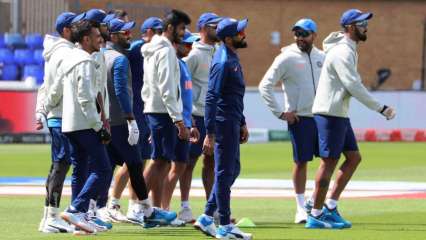 The India-New Zealand series kicks off with the opening T20I in Jaipur on November 17, followed by matches in Ranchi and Kolkata on November 19 and 21. The two test matches will be played in Kanpur (November 25-29) and Mumbai (December 3-7).

The India-Sri Lanka series starts with two Tests in Bangalore (February 25 to March 1) and in Mohali (March 5 to 9). There will be three T20Is played after that with matches in Mohali (March 13), Dharamshala (March 15) and Lucknow (March 18).

This will be followed by a series of five T20I matches between India and South Africa. The matches will be played in Chennai (June 9), Bengaluru (June 12), Nagpur (June 14), Rajkot (June 17) and Delhi (June 19).

The Apex Council has also decided that the decision to host Under-16 tournaments will be made after the Under-19 tournaments and taking into account the COVID-19 situation.

The Bharat Express News - October 27, 2021 0
HHowever, Bangladesh second spinner Mehedi Hasan didn't turn the ball at all when crossing Scotland's naive stick in the qualifying round in Oman. ...