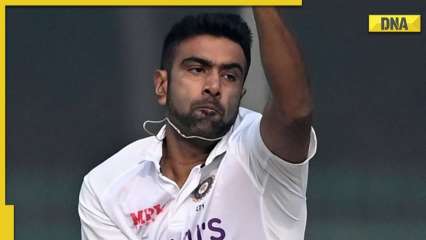 The Board of Control for Cricket in India (BCCI) on Saturday congratulated spinner Ravichandran Ashwin on his 36th birthday, listed the star bowler’s achievements over the years and wished him success in the future.

Ashwin has been included in the 15-man squad for the ICC T20 World Cup in Australia next month, along with fellow tweakers Axar Patel and Yuzvendra Chahal.

Ashwin recently took to his YouTube channel to express his dismay at young Indian pace bowler Arshdeep Singh who was bullied for dropping a crucial catch in the Asian Cup Super Four match against Pakistan in the UAE.

ALSO READ  India A vs New Zealand A: Sanju Samson comes to the frenzied crowd at CSK's house, look

Fans recently took to social media to express their anger at Arshdeep when he dropped the catch with Pakistan taking 34 runs to win in two overs. In the 18th over of the Super Four match, with Pakistan taking 34 runs, Asif Ali tried to beat Ravi Bishnoi and looked like he would return to the pavilion. However, 23-year-old Arshdeep missed the immediate opportunity and Ali survived to turn the match back in Pakistan’s favour. At the time, the India pacer received a lot of criticism from netizens.

Ashwin said the 23-year-old pacemaker had the courage to bowl a great last over of the innings, despite the setback of the dropped catch.

“I know it was (dropped catch) against Pakistan and it was coming to a crucial stage. But why would you ruthlessly tackle someone and put them into emotional turmoil? Yes, it’s an age of modern social media, I get it. But nevertheless, it is our responsibility to act wisely in these situations.Just as we have the right to express our thoughts, we must also carefully consider those thoughts in such a way that we must be ready to face the consequences after we’ve expressed those thoughts,” Ashwin had said on his YouTube channel.