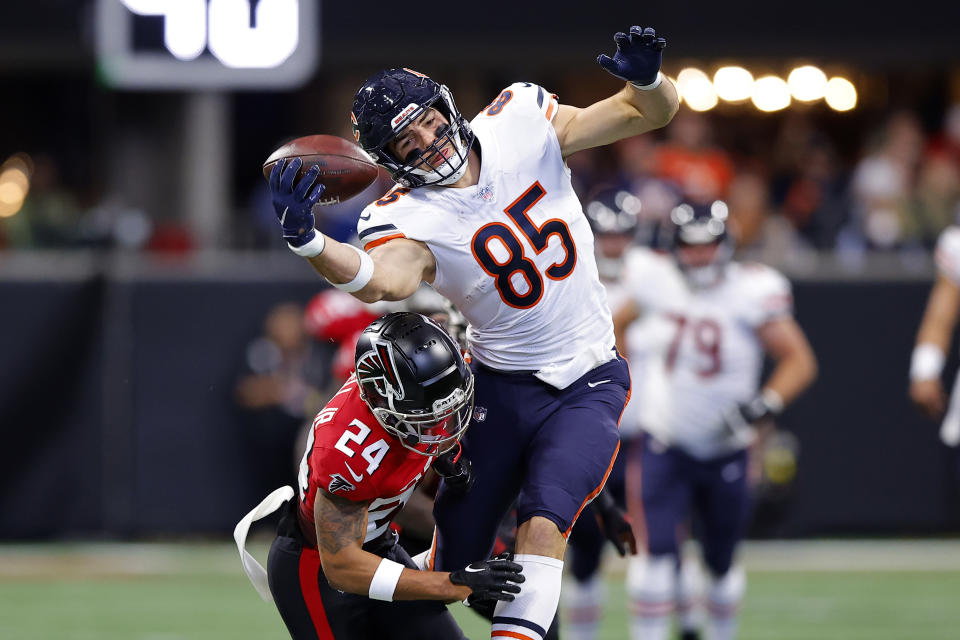 Cole Kmet turns into that guy for Justin Fields.

The Bears’ tight end came into play on Sunday, leading Chicago in touchdown catches. During the second quarter against the Atlanta Falcons, he showed why he has become one of Fields’ most trusted weapons.

On first and ten, Fields looked deep downfield for Kmet on a go route from the Chicago 49-yard line as the Bears’ tight end ran through the Falcons zone. His pass seemed beyond Kmet’s reach. It wasn’t.

Kmet did his best Justin Jefferson impression, jumped into the air and grabbed the laser with his outstretched right hand. He secured the ball to his body and maintained control for a 26-yard gain as Falcons cornerback AJ Terrell tackled him to the turf.

It was a game that would have made one of the game’s elite wide receivers proud. It set up a Chicago field goal.

A third-year pro, Kmet broke out as a reliable target last season, recording 60 catches for 612 yards as a full-time starter. This season he is developing into a great playmaker. It is no coincidence that he breaks out at the same time as Fields.

Kmet came in on Sunday after catching five of Fields’ 12 touchdown passes on the season, including a 50-yard scoring against the Detroit Lions in Week 10

They’ve all arrived in the last three weeks, while Fields has emerged as an elite dual-threat quarterback.

Chicago doesn’t have many playmakers around Fields. Kmet is the team’s second best receiver behind wideout Darnell Mooney. He proves to be more than just a safety valve for Fields.