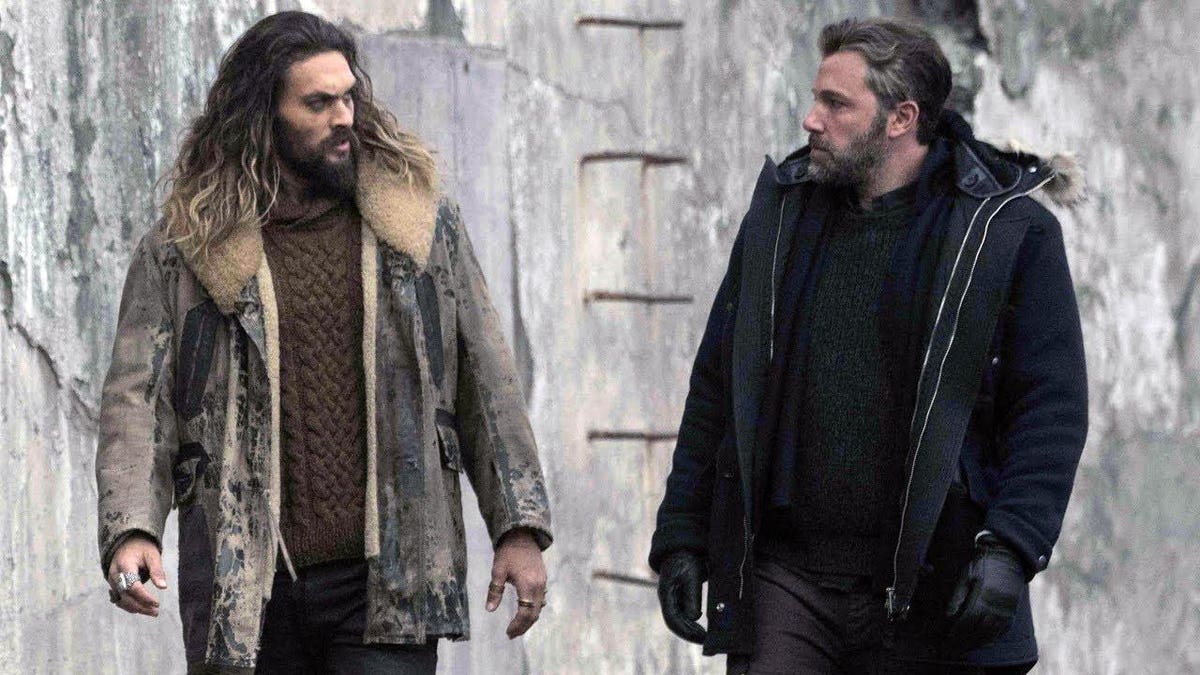 The avid Snyderverse fans dreaming of a “Batfleck” return to DC seem to have at least part of their wish come true. It’s been somewhat hilariously confirmed that Ben Affleck will appear in Aquaman 2, maybe not as Batman, but at least as Bruce Wayne.

How this seems to have gone awry is that there was a WB studio tour that accidentally not only encountered Momoa filming Aquaman 2 on set, but also found Ben Affleck there. Momoa filmed this on Instagram, joking that it wasn’t a surprise anymore, and later posted a photo of him and Affleck in a full Wayne-style suit, stating that Arthur and Bruce were reunited. So if it should have been a surprise cameo, it doesn’t happen anymore. Needless to say, Batfleck fans don’t care, and are just happy to see him back.

The fate of Ben Affleck’s Bruce and Batman has been unclear for a long time, thanks to two key factors involving A) DC continuing with The Batman, giving Robert Pattinson the mantle in an alternate, non-DCEU universe, and B) The Flash brought Michael Keaton back specifically to play Bruce/Batman for that movie’s timeline/multiverse shenanigans. It also just seemed more general, Ben Affleck wanted to move on.

One of the ultimate dreams of the Snyderverse die-hards is to get a standalone Batfleck movie starring him (directed by Zack Snyder, of course). But even with Affleck returning to play Bruce for an Aquaman cameo, it seems like a safe bet that no one should get carried away thinking WB goes as far as that scale of a project.

Shall this one will be the last time we see Ben Affleck as Batman or Bruce? We used to think that was Justice League, but it turned out not to be. I suppose it’s not impossible that, even with Keaton involved, Affleck’s Bruce could also play a part in The Flash, but that seems a little less likely. On the other hand, I also didn’t expect him to appear in the underwater-focused Aquaman 2.

Aquaman 2 is currently released on March 23, 2023, so we still have some time to go. It wasn’t on SDCC, although we could see something on the upcoming DC Fandome instead. Now that Ben Affleck’s cameo has been spoiled, I wonder if WB will just go ahead and use him in the trailers as another value-added way to show people the sequel. Might as well be at this point, though I’m guessing Bruce is just that, a cameo, not a full co-star for the duration of the movie. But I’m definitely looking forward to seeing him in the role again after all this time.