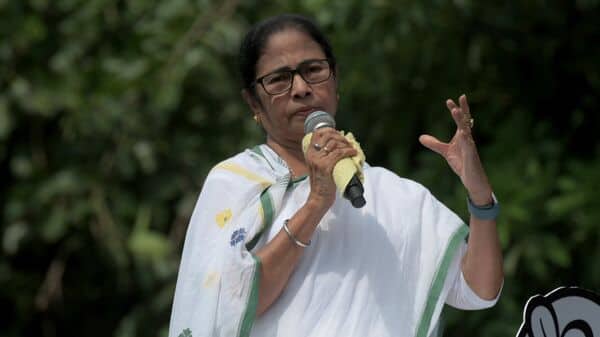 West Bengal Chief Minister and Trinamool Congress (TMC) supremo Mamata Banerjee claimed Monday that she does not believe Prime Minister Narendra Modi is responsible for the alleged excesses of central agencies in the state.

Banerjee said that “some people in the BJP (Bharatiya Janata Party)” abused the central authorities to serve their personal agenda.

The prime minister’s claims come on a day when the West Bengal Legislative Assembly passed a resolution against the “excesses” of the central investigative agencies. The resolution was unanimously passed, with 189 votes in favor and 69 against. The BJP opposed the resolution later passed by the Assembly.

Chatterjee has been arrested after a huge amount of cash and other declared assets were recovered from his assistant’s home and other places. The investigation began in an alleged teacher recruitment scam that took place when Chatterjee was the Education Minister for West Bengal.

ALSO READ  'We want this all to end': Russian President Vladimir Putin to Prime Minister Modi on Ukraine crisis

West Bengal CM Mamata Banerjee urged the Prime Minister to ensure that the trade union government’s agenda and his party’s interests are not confused.

“The current union government is behaving in a dictatorial way. This resolution is not against anyone in particular, but against the biased functioning of central agencies,” said Banerjee, also the Trinamool Congress supremo.

ALSO READ  Seven pacts signed between India and Bangladesh, know what they are

Opposition leader Suvendu Adhikari said such a “resolution against the CBI and ED” violates the rules and regulations of the Assembly.

Meanwhile, as a blow to the ruling TMC government in West Bengal, the BJP wiped out the co-operative body elections in Nandigram, a former stronghold of the Trinamool Congress where the Bengali Chief Minister was defeated in 2021.