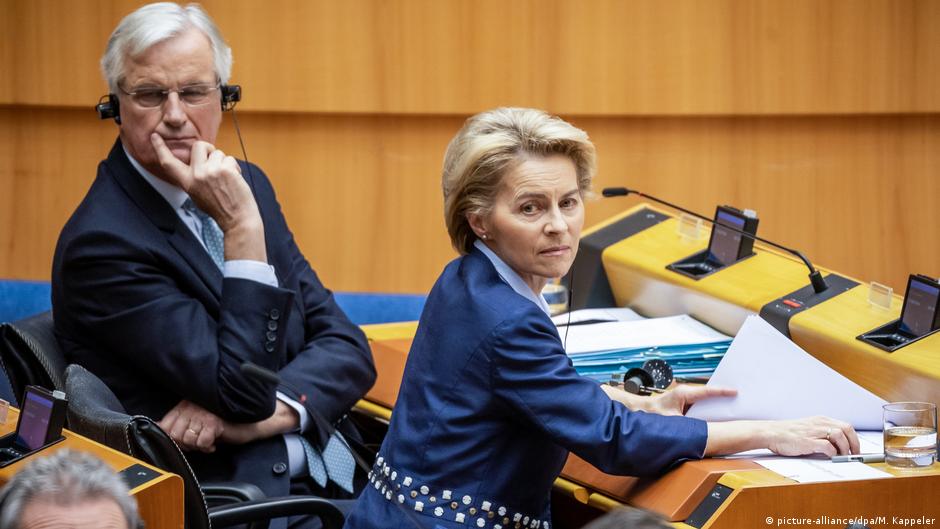 European Commission President Ursula von der Leyen on Friday welcomed better progress in recent negotiations on a post-Brexit trade deal, but added that there was still work to be done.

“After difficult weeks with very, very slow progress, we have seen in the last few days better progress, more movement on important issues. It is good,” she said, while also warning that ” nothing is agreed until everything is agreed “.

“We still have, of course, the three main difficult issues: governance, fisheries and equal opportunities. But, under a level playing field, for example, progress has been made on the issue of aid. of state, ”said von der Leyen in Brussels.

She added that the team is “committed and working tirelessly day and night to effectively reach the natural deadline … by the end of the year.”

Despite the Commission’s chief optimism, EU diplomats tasked with monitoring the progress of the talks told TBEN they saw no quick end in sight – unless UK Prime Minister Boris Johnson decides to compromise.

There is “growing concern that negotiations are not moving fast enough to secure ratification” by the end of the year, an unnamed EU diplomat said, after envoys from member states were briefed on the talks .

Read more: What will a Biden presidency mean for Brexit and “Global Britain”?

Earlier on Friday, Reuters quoted British sources working on state aid as saying Britain had offered to put in place a regulator for business subsidies, which the EU has long been asking for.

The news agency quoted an EU diplomat as confirming Britain had made a proposal, but said it had failed to respond to the bloc’s demand for a body independent of government and with a mandate. clear.

Britain and the EU have embarked on eight months of tense negotiations to craft a new trade relationship after the UK left the bloc’s political institutions at the end of January. During the so-called “transition period” expiring at the end of the year, the official exit from the EU has had little impact on other relations.

The talks have failed to make much progress in recent months on key issues of fishing rights, trade regulations and state aid, among others. Several deadlines have come and gone.

Britain has accused Brussels of making unreasonable demands in its attempt to ensure that the country does not become a weakly regulated economic rival on the doorstep of the bloc.

The current round of negotiations is being conducted remotely after a case of COVID-19 has been identified among the negotiating teams.

An 11-month transition period, during which Britain remains in the EU’s single market and customs union ends on December 31 and, unless a trade deal is reached, quotas and tariffs would affect bilateral trade from 2021.

Most economists believe the UK economy would be more affected, at least in the short term, as it is relatively more dependent on trade with the EU than the other way around.

Any deal reached has yet to be approved by all EU countries, as well as the European Parliament, to enter into force, which will likely take at least 4 weeks.

As most of the deadlines have passed, France, Belgium and the Netherlands have asked Brussels to update the contingency plans in the event of a “no deal” scenario.

The Bharat Express News - December 2, 2020 0
What kind of hope have they raised: Help is coming, National Councils and the Council of States said in June to all restaurateurs and...