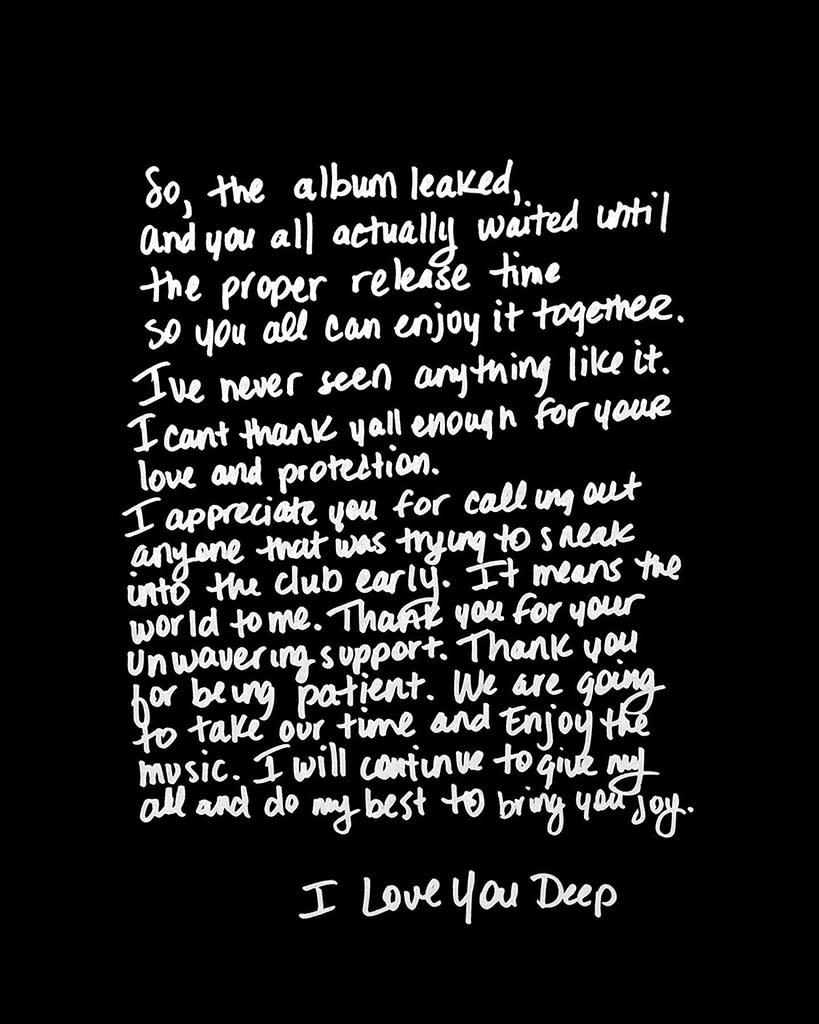 Just moments after the release of her highly anticipated album, RenaissanceQueen Bey herself shared a personal note with fans, thanking them for waiting for it to arrive July 29 to listen to it. (ICYMI, Renaissance leaked online three days before the release date).

“So the album has leaked and you’ve all been waiting for the right release time to enjoy it together,” she wrote in a post shared on Instagram on July 29. “I’ve never seen anything like it. Can’t thank you” Enough for your love and protection. I appreciate you summoning everyone who asked to sneak into the club. It means the world to me.”

ALSO READ  'Bullet Train' Repeats No. 1, 'Top Gun: Maverick' Returns To Second Place As The Checkout Nears To A Standstill

In her heartfelt message, Beyoncé had nothing but praise for the Beyhive. “Thank you for your unwavering support,” she wrote. “Thank you for your patience. We are going to take our time and enjoy the music. I will continue to give everything and do my best to bring you joy. I love you very much.”

Beyoncé through the years

Ahead of her release, the Grammy winner also shared another glimpse into the process of creating the first act of what will be a three-part project. She also gave a shoutout to some of her biggest motivations, including her and Jay-Z‘s children: Blue10, Rumic5, and Sir5.

ALSO READ  Brandi Carlile explains what led to Joni Mitchell's surprise return to the podium: 'It was unbelievable'

“This three-act project was shot over three years during the pandemic,” she wrote on her website on July 28, alongside a rare photo of her family. “A time to be quiet, but also a time when I discovered that I was most creative. Making this album allowed me to find a place to dream and escape from a scary time for the world.”

In the post shared on her website, the 40-year-old also described the album as a “wonderful journey of discovery.”

“I would like to say a special thank you to Rumi, Sir and Blue for the space, creativity and inspiration,” she added. “And a special thanks to my husband and muse, who held me in those late nights in the studio.”

Time to sound the alarm.