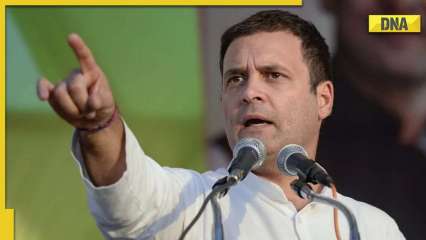 After paying tribute at his father’s memorial in Sriperumbudur in Tamil Nadu on Wednesday ahead of the launch of Bharat Jodo Yatra, congress leader Rahul Gandhi said he lost his father because of the politics of hatred but would not give the country to it. will lose.

“I lost my father to the politics of hatred and division. I will not lose my beloved country to it either. Love will conquer hate. Hope will conquer fear. Together we will conquer,” he tweeted.

Rahul Gandhi paid tribute to his father, former Prime Minister Late Rajiv Gandhi who was assassinated in Sriperumbudur on 21 May 1991. Later, Rahul Gandhi will arrive in Kanyakumari to begin his Yatra.

There will be a prayer meeting at Mahatma Gandhi Mandapam and the National Flag Handover Ceremony at Gandhi Mandapam, after which Rahul Gandhi will march with Bharat Jodo Yatris.

Party spokesman Shama Mohammed said: “The importance is that Gandhi, Vivekanand and Thairivualvur stood for tolerance and this place is the southernmost tip of the country.

She attacked the BJP and said they are concerned about this Yatra because they have put Yatras in Volvo buses, but this yatra will connect people.

The Congress leader said people will be told about inflation and communal polarization.

READ | Rahul Gandhi’s Congress Bharat Jodo Yatra: What is the Meaning of Sriperumbudur?

The Bharat Express News - September 27, 2022 0
MINNEAPOLIS -- Police say they are investigating what they believe would be the 67th murder of the year after a...

Head of State: The UAE-Oman relations are historically fraternal and have...