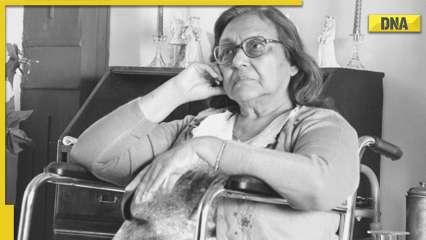 Kanwaljit wrote a heartfelt comment in a carousel post featuring three photos of Jaffrey. In his message, Kanwaljit wrote: “Our beloved Bharat Jaffrey, Daughter, Sister, Wife, Mother, Grandmother, Aunt, Neighbour, Friend and inspiration passed away from us today 20th September. We will take her home today at 1:30 pm for her last farewell at 403 Ashok Kumar Towers, 47 Union Park, Chembur 71, and then cremate her at Cherai Crematorium, Chembur Camp.”

In Kanwaljit’s post, we see Bharti showing off her lively demeanor by posing with her family in style. In one photo, Bharti is wearing huge black party glasses and posing with her family. For the inexperienced, Kanwaljit married Bharti’s daughter Anuradha Patel. Bharti Jaffrey starred in movies like Hazaar Chaurasi Ki Maa, Saans and Daman. According to the reports, she was married to Saeed Jaffrey’s brother, Hamid Jaffrey.

Speaking to ETimes, filmmaker Nandita Das mourned Bharti’s passing, saying: “Bharti Jaffrey was a lively and warm person and everyone will miss this affection and warmth. Although Anuradha and Kanwaljit are family friends, Bharti di endeared us to her with her thoughtful gestures “She never forgot to wish me every birthday. Or bring a souvenir from her travels. I will miss her very much. Not to mention she was an extraordinarily talented actress.”

ALSO READ  Starz rebranded as Lionsgate+ outside the US and Canada

Documentary on Michael Jackson’s ‘thriller’ in the works, from Jackson Estate and Sony Music Entertainment

‘I never thought, thought…’: What Karan Johar has to say about criticism from trolls