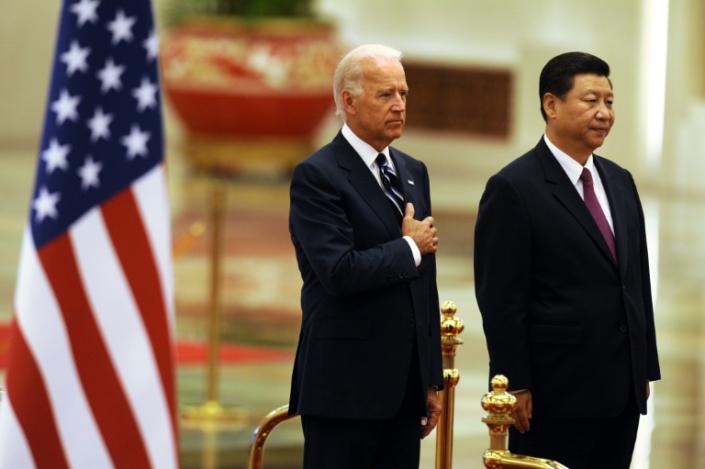 Leaders of the world’s 20 largest economies arrive on the Indonesian island of Bali on Monday for a post-pandemic reunion, cooled by the Sino-US rivalry and overshadowed by a superpower sit-down between Joe Biden and Xi Jinping.

With people around the world feeling the bite of food and fuel prices in the stratosphere, Ukraine mired in conflict and the threat of nuclear war looming, the G20 presidents and prime ministers will see what they can do, if any. be able to do.

It is the largest gathering of the group of leaders since the start of the pandemic.

But this is not a nice reunion.

Over the past three years, rivalry between China and the United States has grown sharply as Beijing has become more powerful and assertive in replacing the US-led order that has prevailed since World War II.

Monday’s face-to-face meeting between Biden and Xi on the fringes of the G20 has the air of the icy Cold War conclaves between US and Soviet leaders in Potsdam, Vienna or Yalta that decided the fate of millions.

Biden has spoken of the meeting that established each country’s “red lines” in hopes that competition will not turn into clashes and conflict.

US National Security Adviser Jake Sullivan said Biden would be “completely straightforward and direct” against Xi and expect the same.

Officials say he will also force China to rein in ally North Korea after a record wave of missile tests raised fears that Pyongyang will soon conduct its seventh nuclear test.

Xi may not be in the mood to help. He enters the meeting after recently achieving a milestone in his third term in office, confirming him as the most powerful Chinese leader in generations.

Meanwhile, Biden is relieved by news that his Democratic Party has retained control of the US Senate after performing better than expected in the midterm elections, though his domestic politics remain feverish.

There will be one notable absence around the table: Russian President Vladimir Putin.

His failed nine-month-old invasion of Ukraine has made the trip to Bali logistically difficult and politically fraught.

With members of his inner circle arguing publicly and his once ironclad domestic authority tarnished, Putin chose instead to send veteran foreign minister Sergei Lavrov.

Officially, neither the war in Ukraine nor Putin’s shady threats to use nuclear weapons are on the summit’s agenda.

But while the ex-KGB man won’t sit at the top table, his war will certainly be on the menu.

Rising energy and food prices have affected both rich and poor G20 members – and both are directly fueled by the conflict.

Pressure will likely come on Russia to extend an agreement allowing Ukrainian grain and fertilizer shipments through the Black Sea when the current agreement expires on Nov. 19.

At the very least, Biden and his allies would also like to see the G20 make it clear to Putin that nuclear war is unacceptable.

Even that once undisputed position is likely to be blocked by a mixture of Russian opposition and Chinese reluctance to break ranks with its ally in Moscow or give Washington a victory.

At a recent meeting with German Chancellor Olaf Scholz, Xi said a nuclear war cannot be won and should never be fought.

Ryan Hass, former director of China at the US National Security Council, said Xi “will probably not be so magnanimous in his meeting with Biden”.

“He does not want to be seen as complying with any request from Biden, be it Ukraine, nuclear use, North Korea or any other issue,” Hass told TBEN.

The G20 – a disparate and unwieldy group born in 1999 after the Asian financial crisis – has always felt most comfortable discussing finance and economics rather than security.

Moscow would like to see it stay that way.

“We categorically reject the politicization of the G20,” Russia’s foreign ministry said on Sunday, offering a taste of what leaders might hear from the famously inflexible Lavrov.

“We are convinced that the G20 is specifically designed to address socio-economic issues.”

Host country Indonesia – still careful not to favor China or the United States – is not confident its leaders will be able to break the deadlock.

A series of G20 ministerial meetings leading up to the summit failed to agree on a final joint communiqué – a procedural-sounding tradition that could be important in fostering cooperation.

“Frankly, I think the global situation has never been more complex,” said Indonesian government minister Luhut Binsar Pandjaitan on the eve of the summit.

“If the G20 leaders don’t release a communiqué in the end, that’s okay.”