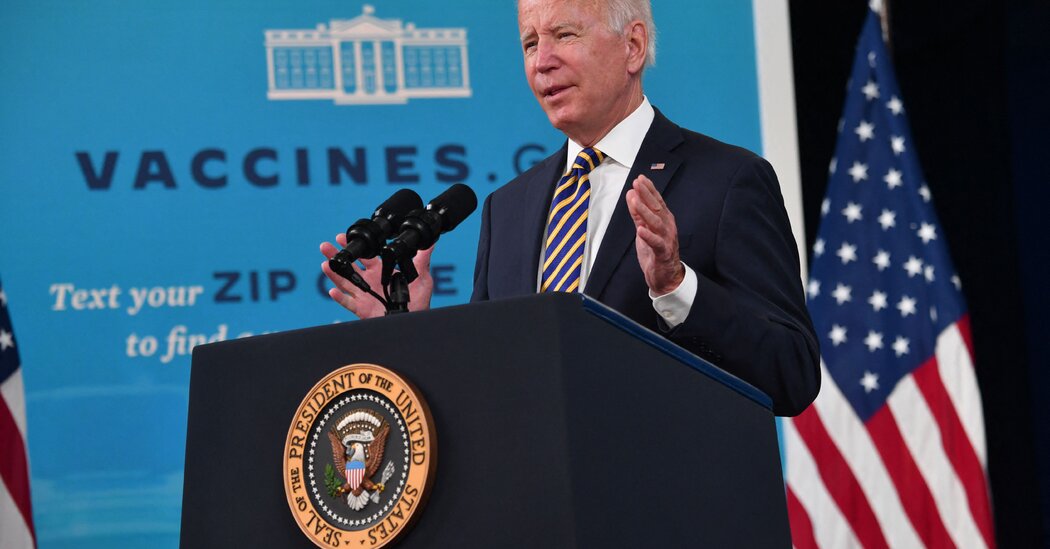 President Biden pleaded with Americans to remain vigilant against the coronavirus on Thursday, rallying states and private companies to support vaccination mandates to prevent an increase in cases.

“We are going in the right direction. We have essential work to do and we cannot give up now, ”Biden said in a White House speech. “I am calling for more businesses to step up. I call on more parents to get their children vaccinated when they are eligible. “

Mr Biden projected optimism amid a drop in the number of new cases from a devastating summer wave that undermined the president’s commitment to weather the pandemic and reduce the damage it has inflicted on economy and schools.

ALSO READ  Biden campaigned as anti-Trump. But a clean break is never easy.

The United States now registers around 90,000 new infections per day, down more than 40% since August. Hospitalizations and deaths are also on the decline. Almost 70 percent of adults are fully immunized, and many children under the age of 12 will likely be eligible to be vaccinated within a few weeks.

But the president also took the opportunity to warn that the pandemic is not yet over, an effort to avoid the mistake he made last July when he celebrated “virus independence” on 4th July. Nearly 2,000 Americans still die every day as the country heads into winter.

Mr Biden, noting that parts of the country were still reeling from the virus, sought to encourage states and private companies to implement vaccination mandates that have come under Republican attack.

Texas Gov. Greg Abbott, a Republican, issued an executive order earlier this week banning virtually any coronavirus vaccine mandate in the state. Florida Gov. Ron DeSantis, also a Republican, has threatened to impose fines on communities that impose vaccines on government employees, complicating the administration’s efforts to curb the pandemic.

But Mr Biden continued to push for large employers to adopt mandates. The Occupational Safety and Health Administration submitted the initial text of its temporary emergency standard to the Office of Management and Budget earlier this week. It must go through an interagency review process that is likely to last several weeks before being issued to companies, and some companies have said they are waiting for the guidelines before implementing the mandates.