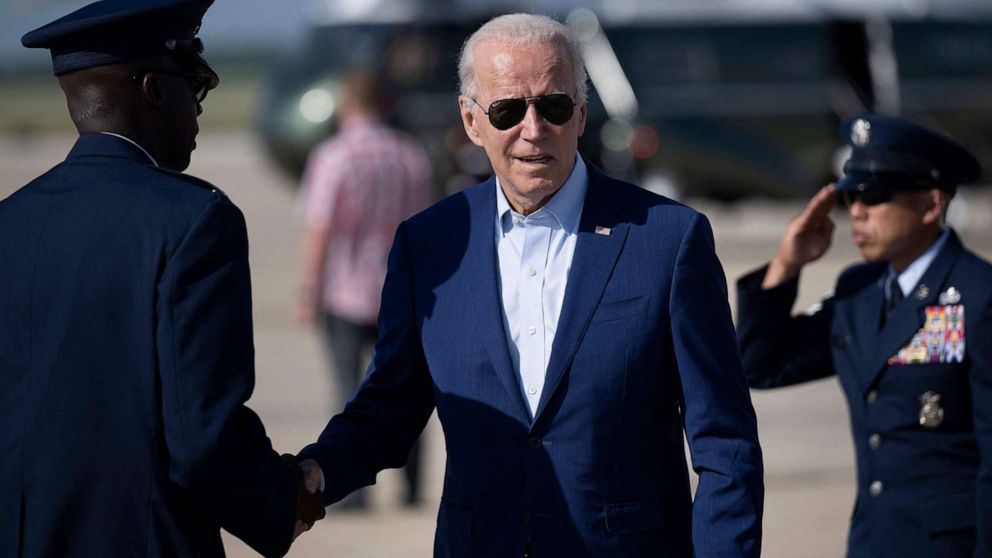 President Joe Biden again tested negative for COVID-19 on Tuesday evening and Wednesday morning and will, according to the physician to the president, Dr. Kevin O’Connor, putting an end to “his strict isolation measures”.

The negative test comes less than a week after the president’s first positive test on Thursday morning.

“His symptoms have been steadily improving and have almost completely disappeared,” O’Connor wrote.

The president will address the public from the Rose Garden later Wednesday.

He “will comment after his negative test on a case that was lenient thanks to the resources this administration has worked hard to make available to the American people,” a government official told reporters. “He will discuss the progress we have made against COVID and encourage eligible Americans to get vaccinated and encouraged.”

Biden told reporters Monday that all of his test results were “good” and “on the button.”

Biden will now end his strict isolation measures after being locked up in the White House residence since his diagnosis. Continuing to work in seclusion, Biden posted a photo on Twitter of him and his dog, Commander, on Monday, saying he “had taken some calls this morning with man’s best colleague.”

The president tweeted a photo of his negative test on Wednesday and said he will be returning to the Oval Office.

Biden “continues to be very specifically conscientious about protecting the Executive Residence, the White House, the Secret Service and other personnel whose duties require some (albeit socially distant) proximity to him,” O’Connor wrote in his memo Wednesday. “For this reason, he will wear a well-fitting mask for ten full days when he is around others.”

Biden will increase his test cadence in light of the possibility of a Paxlovid “rebound,” O’Connor wrote, citing a seemingly rare but increasingly reported phenomenon in which COVID symptoms return or there is the development of a new positive viral test after having tested negative.

The president is fully vaccinated and has received two booster shots, but at age 79 was considered to be at greater risk of serious illness.

dr. Ashish Jha, the White House’s Covid-19 response coordinator, stressed after Biden’s diagnosis that all Americans should benefit from vaccinations and treatments.

First lady Jill Biden and Vice President Kamala Harris both tested negative for COVID-19 after spending time with the president before his diagnosis.