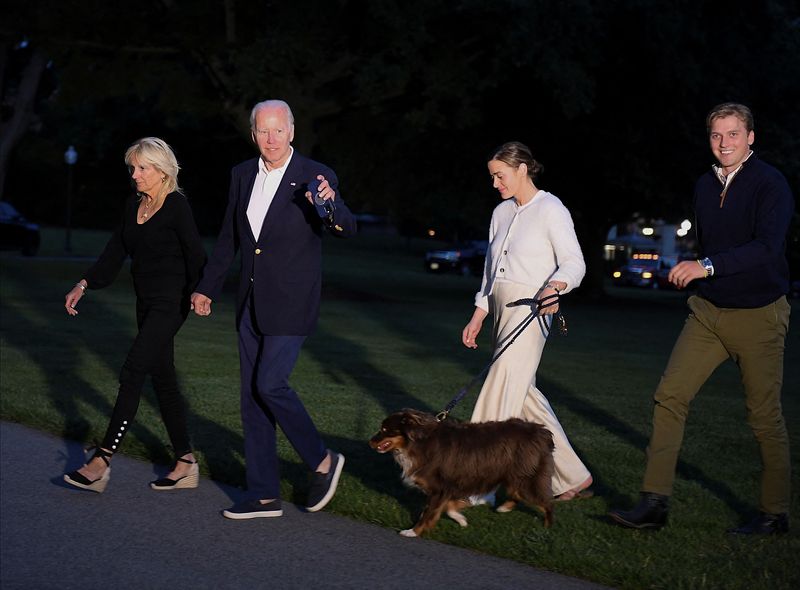 WASHINGTON (Reuters) – Naomi Biden, the granddaughter of US President Joe Biden and First Lady Jill Biden, was married on Saturday in what marked the 19th time in history that the White House has been used for a wedding.

The bride, 28, is a lawyer who lives in the White House with the groom, Peter Neal, 25, a recent law school graduate who hails from Jackson Hole, Wyoming. He currently works at the Georgetown University Law Center on National Security. They met in 2018.

The ceremony, without press access, took place on the South Lawn of the White House on a chilly day.

There were about 250 guests present.

“It has been a joy to watch Naomi grow, discover who she is and build such an incredible life for herself,” the president and first lady said in a joint statement after the event.

ALSO READ  Silver Linings: A few things to be thankful for in 2022

“Now we are filled with pride to see that she has chosen Peter as her husband and we are honored to welcome him to our family. We wish them days of laughter and a love that grows deeper with each passing year,” they said.

A luncheon for family members and the wedding party followed the ceremony in the White House State Dining Room. An evening reception with dessert and dancing was planned.

It is the first part of a festive weekend for Biden, who will celebrate his 80th birthday surrounded by family on Sunday.

Since former President John Adams moved into the newly built White House in 1800, the 18 weddings there have been typical for relatives of the president and first lady.

Grover Cleveland is the only president to have married in the White House. He exchanged vows with Frances Folsom in 1886 in the Blue Room.

Naomi Biden is the daughter of the president’s son, Hunter Biden, and his first wife, Kathleen Buhle.

Jill Biden’s director of communications, Elizabeth Alexander, said the Biden family will pay for the wedding activities to take place at the White House, “in line with other private events hosted by the First Family and following the traditions of previous White House weddings.” in previous governments.”

Unlike some previous such ceremonies, the festivities were closed to the news media.

“Naomi and Peter have asked for their marriage to be closed to the media, and we respect their wishes. This is something the couple has decided,” White House spokesperson Karine Jean-Pierre told reporters Friday.