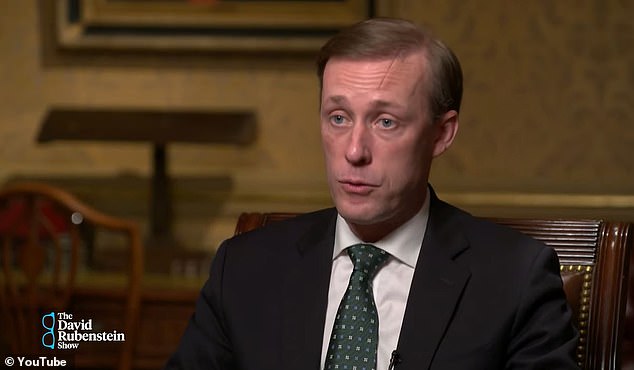 His warning comes just a day after a top Beijing official issued a blunt warning discouraging “stubborn” calls for the island’s independence.

Sullivan told Bloomberg TV that the United States would “push back” against any attempt to overthrow the existing world order, while also reaffirming the nation’s long-standing support for the One China policy.

Meanwhile, yet another delegation of US lawmakers is testing Beijing this week with a visit to Taipei, along with a separate group from France.

“I think it remains a clear threat that there could be a military contingency around Taiwan,” Sullivan said on Wednesday when asked about a possible invasion.

“The People’s Republic of China has actually declared its official policy, which is that it will not take the invasion of Taiwan off the table.”

Biden’s senior aide accused Beijing of changing its stance on Taipei “in terms of their disruption of the status quo along the Taiwan Strait, actions they are taking with their military to undermine peace and stability.”

ALSO READ  We will always have Paris. But Maybe Not Mrs Harris: BRIAN VINER Rates Mrs Harris Goes To Paris

“The US position has remained firm and consistent,” he said.

Sullivan described the US’s continued belief in a single Chinese government from Beijing, but reaffirmed its support for non-diplomatic relations with the Taipei government, as set forth in the Taiwan Relations Act of 1979.

“We continue to believe in that and we will continue to oppose any attempt to change the status quo by force,” he said.

In another sign of the chilly relations between the two superpowers, Sullivan said President Joe Biden currently had no plans to meet Chinese leader Xi Jinping at the upcoming Group of 20 summit in November.

However, he said it would “provide an opportunity for the two of them to sit down in person.”

Chinese Ambassador to Australia Xiao Qian told the TBEN on Wednesday that Beijing is “patiently waiting” for a peaceful reunification with Taiwan. 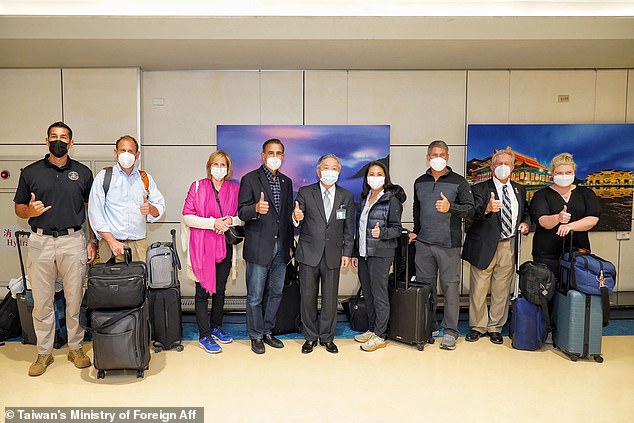 Meanwhile, another delegation of US lawmakers has arrived in Taipei for a multi-day trip. for photos with Taiwan’s Deputy Foreign Minister Tien Chung-kwang (5L) upon their arrival at Taoyuan International Airport in Taoyuan)

However, he added that “we cannot rule out other options,” including military force.

‘For those secessionists – it’s not a matter of re-education. They will be punished according to the law,” Qian said.

“They are involved in the split of Taiwan from China. So it’s not a matter of educating or re-educating.”

When asked if that meant widespread punishment across the island, the diplomat replied that “only a handful of people have been stubborn in pursuing Taiwanese independence.”

Meanwhile, a bipartisan group of the House of Representatives reportedly arrived in Taiwan on Wednesday, the latest in a series of US visits that has infuriated China. 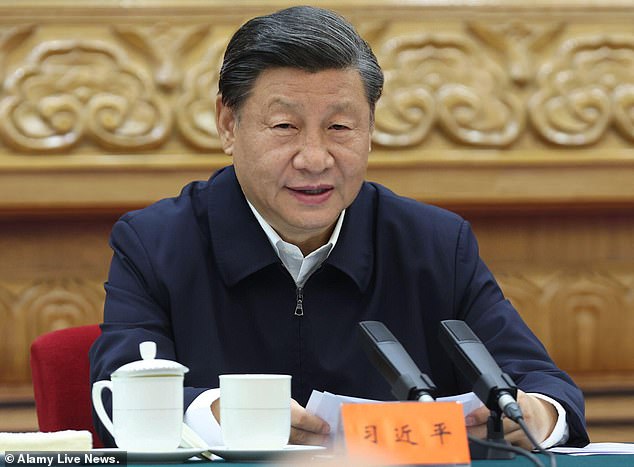 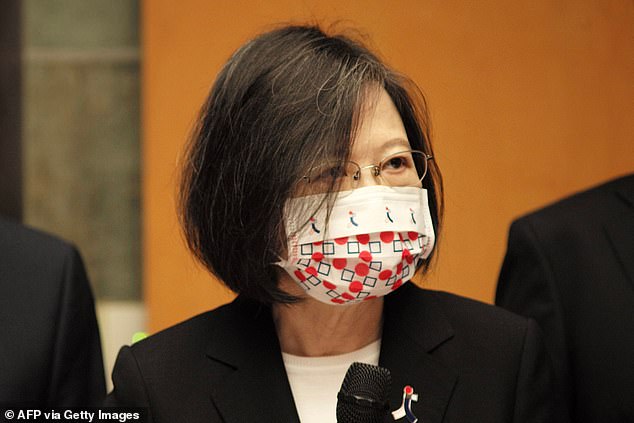 China, which claims Taiwan as its own territory despite strong objections from the Taipei government, conducted war games near the island last month after US House Speaker Nancy Pelosi came to Taipei.

Sources familiar with the plans told Reuters that U.S. Representative Stephanie Murphy, a Florida Democrat, was leading the delegation that would remain until Friday.

Taiwan is eager to strengthen relations with like-minded democracies, especially as tensions with China mount. Visits from German, British and Canadian lawmakers are also expected later this year.

China considers Taiwan a purely domestic affair and is eager to receive visits from foreign officials or members of parliament.

Taiwan’s democratically elected government says that since the People’s Republic of China has never ruled the island, it has no right to claim it, and that Taiwan’s future can only be determined by its 23 million inhabitants.