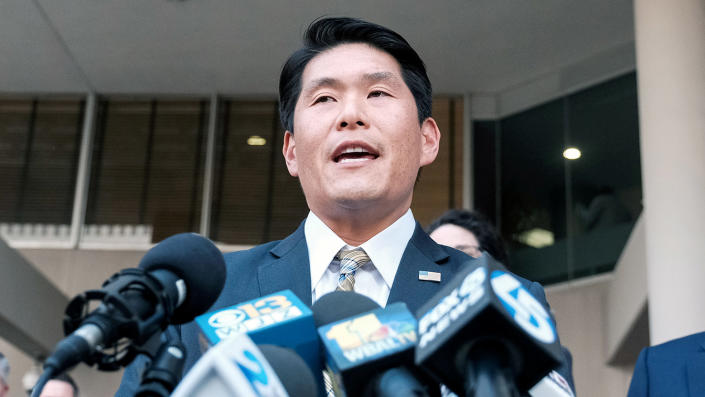 The announcement came after the public learned that White House lawyers had found 10 highly classified classified documents on Nov. left as vice president. . That discovery was followed by the revelation that even more classified material had been found in Biden’s garage and at his home in Delaware.

Garland’s appointment of Hur has renewed attention to a position that has played a major role in politically charged investigations in recent years.

What is special advice?

A special counsel – formerly called special prosecutor or independent counsel – is an attorney appointed to investigate and possibly prosecute a particular case of suspected misconduct.

Usually, federal prosecutors are charged with directing criminal investigations on the part of the government. But in “extraordinary circumstances,” federal regulations allow the attorney general to appoint special counsel.

Such circumstances include where a conflict of interest exists, or appears to exist, for the usual prosecuting authority, or when “it would be in the public interest to appoint outside special counsel to assume responsibility for the case.” take,” the rules say.

In this case, said Michael Zeldin, a former federal prosecutor who himself served as independent counsel, the circumstances are not “legally extraordinary” but “politically extraordinary,” given the case’s similarity to special counsel Jack Smith’s investigation into allegations that former President Donald Trump took secret documents from the White House and kept them at his residence in Mar-a-Lago.

The two cases “are not actually equivalent,” Zeldin said, pointing to Trump’s alleged obstruction in response to repeated requests from the National Archives and Records Administration to return the classified materials. But either way, Zeldin said, appointing special counsel on the Biden case makes sense given the “politically charged nature of the investigation.”

How do special counsel differ from regular federal prosecutors?

While not subject to the same type of day-to-day oversight from the Department of Justice as federal prosecutors, special counsel must still abide by department regulations, policies, and procedures, and remain subject to the oversight of the Attorney General, who is responsible for determining the scope of the special counsel’s investigation and is the only government official who can fire them.

In this way, Zeldin said, special counsel are “independent in name only,” though they are protected from arbitrary dismissal — the special counsel can only be removed by the attorney general for certain reasons, including misconduct or “other good reasons.” says the rules.

In particular, while the Attorney General has the right to seek explanations from special counsel regarding any action of investigation or prosecution requested, under federal regulations, they are also expected to give great weight or deference to the views of the special counsel – and are expected to reject it. a particular action only if it is “so inappropriate or unwarranted under established departmental practice that it should not be pursued”.

In the event that the attorney general rejects a move that the special counsel wants to take, the Justice Department must notify Congress at the conclusion of the investigation.

As for whether or not to pursue criminal charges, it would be the Attorney General – along with the senior leadership of the Department of Justice – who would decide whether to press charges, based on the evidence reviewed.

What powers do special counsel have?

Special counsel is budgeted and can request a staff of attorneys, both inside and outside the Justice Department, if they determine additional help is needed. In this case, Hur is expected to inherit work already done by U.S. Attorney John Lausch and others for two months, rather than starting from scratch.

In addition to the power to file charges, special counsel has the power to issue subpoenas and search warrants. Whether Hur will find these powers necessary in his research remains to be seen.