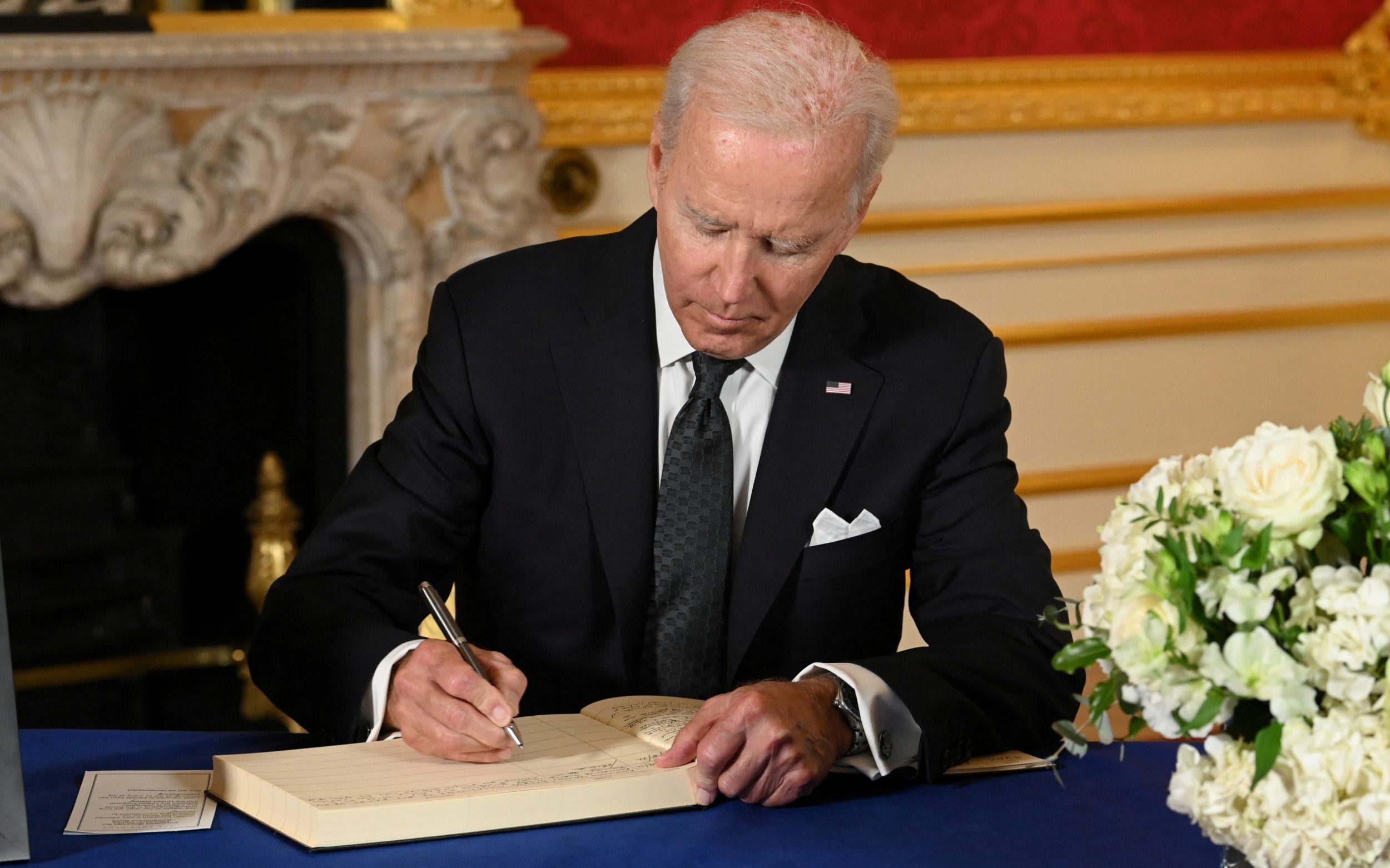 President Biden and his wife Jill arrived in the UK on Saturday night and on Sunday the couple paid their respects to the late Queen during a visit to Westminster Hall, where her body is in state. The President, his wife and US Ambassador to the UK Jane Hartley stood on a platform overlooking the coffin for about two minutes and took in the scene. He crossed himself and exchanged a few words with the First Lady.

From there, the Bidens traveled to Lancaster House, where world leaders have signed a register of condolence. While there, President Biden spoke of his affection for the Queen.

“To all the people of England, all the people of the UK, our hearts go out to you,” he told a gathering of politicians, dignitaries and press. “You were lucky to have her 70 years, we all were. The world is better for her.”

ALSO READ  Where will Queen Elizabeth's body be laid out, how can I visit it and how long is the queue?

He also offered a comforting message to the new king. “It’s a loss that leaves a huge hole and sometimes you think you’ll never, you’ll never overcome it,” he said, adding, “But as I told the king, she will be his every step of the way. the way, every minute, every moment and a comforting idea.”