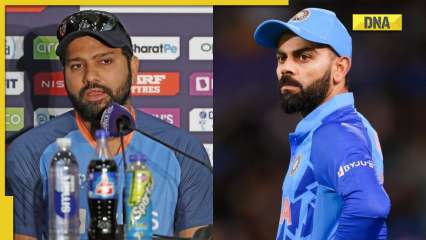 India suffered a humiliating exit in the semi-finals after an impressive performance at the 2022 T20 World Cup in Australia. With the team unable to take home the trophy, reports of a massive overhaul have caused a huge stir about the futures of some veteran stars.

The Board of Control for Cricket in India (BCCI) aims to guide the men’s T20 squad through a two-year transition phase where new players are tested and several existing mainstays could lose their place. Veteran India stars such as spinner Ravichandran Ashwin and wicketkeeper Dinesh Karthik have likely played their last T20I matches, sources say.

To go ahead or not is the big question the BCCI is likely to present for the two biggest Team India stars – skipper Rohit Sharma and iconic batsman Virat Kohli. Sources have been quoted saying that the decision on the future of 35-year-old Sharma and 34-year-old Kohli as T20I players will be left to them by the BCCI.

With the next T20 World Cup in 2024, the BCCI will be looking for new talent in the pre-tournament matches and asking older players to focus on ODIs and tests. There is speculation that star all-rounder Hardik Pandya will replace Rohit Sharma as India’s long-term T20 captain.

A source told PTI that the BCCI does not make decisions about player retirement and leaves it entirely up to them. But most senior players will not feature in T20 cricket by 2023, it added.

BCCI will meet with Sharma, Kohli and T20 World Cup 2022 coach Rahul Dravid to discuss the future of the T20I cricket team, according to a latest The Bharat Express News report.

Dravid was also asked about Kohli and Sharma’s future after India’s defeat. “It’s too early to talk about it right now, just after a game in the semi-finals. These guys have done a great job for us. As you said, we have a few years to think about it. There are some here really good quality players,” Dravid told PTI.

But while fans may not see Kohli and Sharma in T20Is in the future, the stars will definitely make an appearance for India next year in most of the 25 ODIs ahead of the World Cup hosted by India.