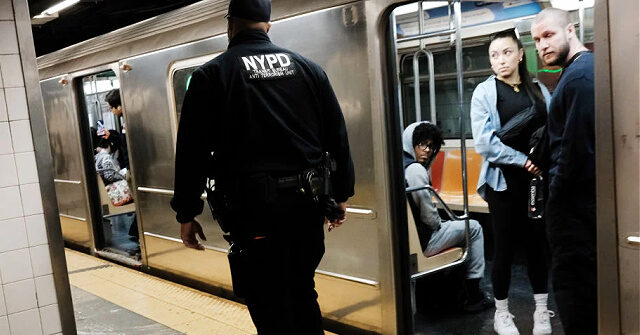 A man allegedly attempted to rape a stranger on the New York subway in Manhattan on Nov. 17, police warned the public on Thursday.

The suspect, a man believed to be between the ages of 25 and 35, reportedly stripped off his underwear and attempted to rape a 24-year-old victim on Subway 4 in the upper city. The suspect allegedly tried to rape the victim by taking off her clothes and lying on top of her. The NY Daily News reported:

The woman fled to another train car. Her attacker got off the train at the Bowling Green stop and then boarded a ferry to Staten Island.

Police have released surveillance footage of the suspect and are asking the public to identify and locate him.

He is described as 25 to 35 years old with dyed blond hair and a right eyebrow piercing. He wore a black winter jacket with a fur-trimmed hood, a gray hoodie and track pants with the BMW logo and white sneakers.