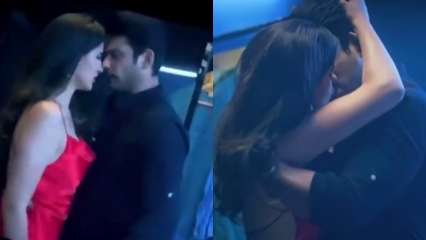 Producer Ekta Kapoor shared a bit of the teaser which contains the famous kiss between the co-actors. One fan shared the video on his Twitter account and wrote: “#AgastyaRao you set my heart on fire @sidharth_shukla you nailed it boss! # BrokenButBeautiful3 is a successful guy. “

Meanwhile another fan wrote: “I just watched @ektarkapoor mam’s story on # BrokenButBeautiful3 – n I really watched it more than once appreciation n congratulations to #SidharthShukla sir playing #AgastayaRao – couldn’t take my eyes off the screen! for rumi too! ”

For the uninformed, ‘Broken But Beautiful 3’ is streaming on ALTBalaji. The romantic web series was created by Ekta Kapoor. Sidharth and Sonia are part of the third season of the series as she has already had two successful seasons with Vikrant Massey and Harleen Sethi in the lead roles.

One of the most successful OTT franchises, “ Broken But Beautiful ” was loved by all and still occupies a prominent place in the scoreboard. The beautiful original music from the franchise is consistently topping the charts among fans.

The first two seasons of ‘Broken But Beautiful’ presented a tender love story of individuals (played by Vikrant Massey and Harleen Sethi) who meet under the most unexpected circumstances and quickly become a support system for each other. And now, with Sidharth and Sonia’s new Jodi in season three, fans are super excited about their chemistry.