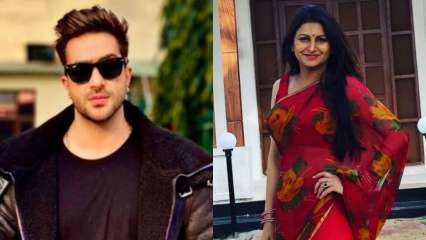 If you are someone who follows ‘Bigg Boss 14’ closely, you know that the season has not been as interesting as the previous ones. In fact, introducing Challengers as a competition in the reality show game was one of the many ways the creators wanted to make sure audiences were worth it.

And since Challengers entered, the season has certainly gotten a little more interesting with the antics of Rakhi Sawant, the revelation of the ‘bad’ side of Jasmin Bhasin, and the recent confession of female roommates having a crush on other contestants. .

While Rakhi Sawant had confessed to having a crush on Rubina Dilaik’s husband, Abhinav Shukla and Nikki Tamboli, openly claimed that she had feelings for Aly Goni, in the last episode of the show hosted by Salman Khan, the head of the BJP Sonali Photgat also revealed that she has started to fall. for Aly and talking about it, she couldn’t help but blush.

Now, in a recent promotional video posted by Colors on Instagram, Sonali Phogat and Aly Goni can be seen dancing as a couple to the romantic track “ Kya Khoob Lagti Ho, Badi Sundar Dikhti Ho ”.

Conversely, Sonali disclosed his feelings for Aly shortly after Jasmin Bhasin’s expulsion from the show. Jasmine and Aly are rumored to be dating and she even said he was one for her. Speaking of Sonali, the inmates couldn’t help but tease her and Aly after her confession.

Sonali first said to Arshi Khan, “Mujhe yeh sab nahi karna chahiye na (I shouldn’t be doing all of this, right)? I didn’t feel like this earlier. But something happened. . ” Phogat also shared it with Eijaz Khan stating: “Mujhe pata hai ye simple cheesein liye nahi hai, but the feelings hain (I know it’s not for me, but there are feelings).”

Later, Sonali was overheard saying to Aly, Arshi and Rahul Vaidya, “When I entered the house, I found everyone the same, even Aly. But something happened last night.”

After Rakhi Sawant told Sonali that there is no future but supported her for confession, Phogat said: “Tabse lag raha hai meri duniya hi badal gayi (it looks like my world has changed since).”