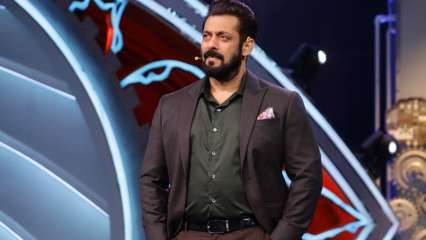 We are hours away from the announcement of the name of the competitor who will win the shimmering ‘Bigg Boss 14’ trophy, hold the winner’s title and walk away with the huge cash prize that accompanies the victory of the season.

Of course, the name will be among the top five finalists namely Rahul Vaidya, Nikki Tamboli, Rakhi Sawant, Rubina Dilaik and Aly Goni.

But who? This is the big question that will be answered in a few hours.

But before the big announcement is made, let us tell you the answer to a question viewers have always wanted. How much money does the winner receive in cash?

Well the Bigg Boss price for the last few seasons has been Rs 50 lakh.

Although there is no official confirmation on this, in a recent episode, when Rakhi Sawant was offered 12 lakh of rupees to leave the middle of the show, she refused and was overheard saying: ” 36 toh bache hain na “.

If you recall, Rakhi Sawant sacrificed Rs 14 lakh of the winning amount to become the second runner-up, thereby reducing the cash prize to just Rs 36 lakh.

In the meantime, here’s how to watch the live broadcast of “Bigg Boss 14” Grand Finale.

Where to watch it online?

If you don’t have access to television but are excited to watch the “Bigg Boss 14” Grand Finale, you can do so online.

ALSO READ  Sunil Grover is about to make his comeback on "The Kapil Sharma Show" thanks to Salman Khan?

You can log into Voot Select or MX Player and watch the final: Check out the links here:

However, the winner will be declared “live” and superstar Salman Khan will be in Mumbai Film City to make the announcement by raising the winner’s hand and presenting the winner with the trophy in his trademark style.

When and where to watch it on TV?

The “Bigg Boss 14” grand finale premieres on Colors TV at 9 pm on Sunday February 21. The show will also be broadcast on the HD version of Colors TV.

ALSO READ  Did you know who recommended actor Vijay Varma for "Darlings"? Discover

For Tata Sky subscribers, the Colors TV channel number is 147 and 149 for Colors TV HD.

For Dish TV subscribers, Colors TV is available on channel number 121 and Colors TV HD on 120.

Meanwhile, on Saturday, the candidates took stock and reflected on how their trip has gone inside the house. The finalists – Rahul Vaidya, Rubina Dilaik, Rakhi Sawant, Aly Goni and Nikki Tamboli – witnessed their journey as Bigg Boss showed them a special video that featured some of their most interesting moments and incidents on the show.

“Itna attitude”: Internet users criticize Rubina Dilaik, the winner of “Bigg Boss 14”, for having given the paps coldness