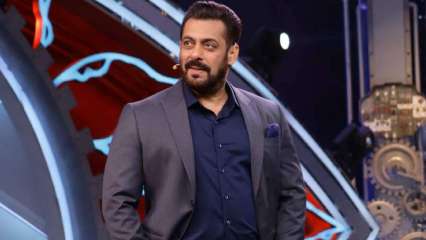 On Thursday, the highly anticipated season 15 of the controversial reality show ‘Bigg Boss’ premiered at Pench National Camp, Madhya Pradesh, in the presence of former contestants Arti Singh and Devoleena Bhattacharjee. All set to premiere on October 2, the challenge level for this season has been increased by the showrunners by introducing the “jungle theme”.

At the press conference, besides former contestants Devoleena and Arti, “Bigg Boss 15” host Salman Khan was also present and he gave some interesting answers to some questions put to him.

According to a report in The Bharat Express News, when asked about his relationship with ‘Bigg Boss’, superstar Salman Khan said, “Bigg Boss is the only relationship in my life that has lasted so long. Warna single rishtey chodiye jaane dijiye. My relationship with Bigg Boss brought a “permanent” factor to my life.

About what was similar between him and Bigg Boss, Salman Khan mentioned that they were both single, which is why they feared each other as “Boss”.

Also, when interacting with the media, Salman Khan, while talking about his salary, joked, “I keep telling the manufacturers that I have worked so hard, they should consider it and increase my salary, but no one is listening. I just pray to God that a time will come when the channel tells me, Salman, we’re going to raise your paycheck and I would tell them, no, whatever. Do you really think this can happen? (Laughs). “

Meanwhile, speaking about what brings him back to hosting the show every year, Salman Khan said, “I love this show, it challenges and tests my patience level. Every time I lose my temper. , I think I shouldn’t have lost it and then I try more and more to control it. But again the competitors end up doing something that I have to come and fix. And it’s not like I was scolding them on purpose or lecturing them, we as a team just try to guide the competitors when they are wrong. We just try to make them understand, but sometimes their reaction is such that our reaction increases as well. and it sounds like I’m berating them. “