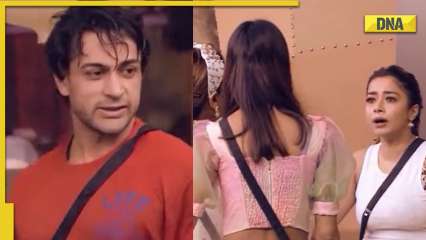 As Bigg Boss 16 nears its end, the remaining contestants scramble to take every opportunity to pull in 150 cameras. This week Tina Datta and Priyanka Chahar Choudhary were caught harassing, bullying and teasing Shalin Bhanot.

Several times Shalin felt traumatized by Tina and Priyanka’s constant nagging. Even Archana joined the duo and took on Shalin. Many of Shalin’s fans wanted him to take revenge on Tina’s absurd behavior. Their wish will finally be granted as in today’s episode Tina will be enraged by Shalin’s comeback.

In the episode, BB gives a task to housemates where contestants are asked to name someone who annoys them the most. Nimrit performs the task and asks Shalin for the person’s name. Bhanot calls Tina Datta the most annoying person in the show. He gives his reason why he is mentally disturbed by her and the other two girls. Bhanot justifies his claim saying, “kaafi annoying cheezein karti hai woh (she does a lot of annoying things).” After the task, Archana takes a jibe at Shalin, “Itna ghaiya insaan aaj tak nahi dekha.” Tina yells, “Yeh hai kaun? Iski problem kya hai?” Shalin hits back at her saying, “Nobody’s her talking to you baby.” An enraged Datta lashes out at him, saying, “I’m not your goddamned baby, okay. Baby bolna hai toh gharwalon ko bolo (Call baby to your relatives).”

Earlier, Shalin told Shiv and MC that others start laughing when he sits next to them. Meanwhile, Tina Datta can also be seen laughing in the clip. Shalin also revealed that when he asked Priyanka to talk to him, she said “sochungi (will think).” You also hear Sumbul and Nimirt say, “Shalin has no one to talk to.” Even netizens have come to his aid, they took to Twitter and expressed their concerns. As for the nominations, Tina, Shalin, Shiv Thakare and Priyanka are up for this week’s eviction.

The Bharat Express News - January 28, 2023 0
MEMPHIS, Tenn. (TBEN) — The nation and the city of Memphis struggled to come to grips with a video on Saturday showing police...

Taliban warn that women are not allowed to take university entrance...