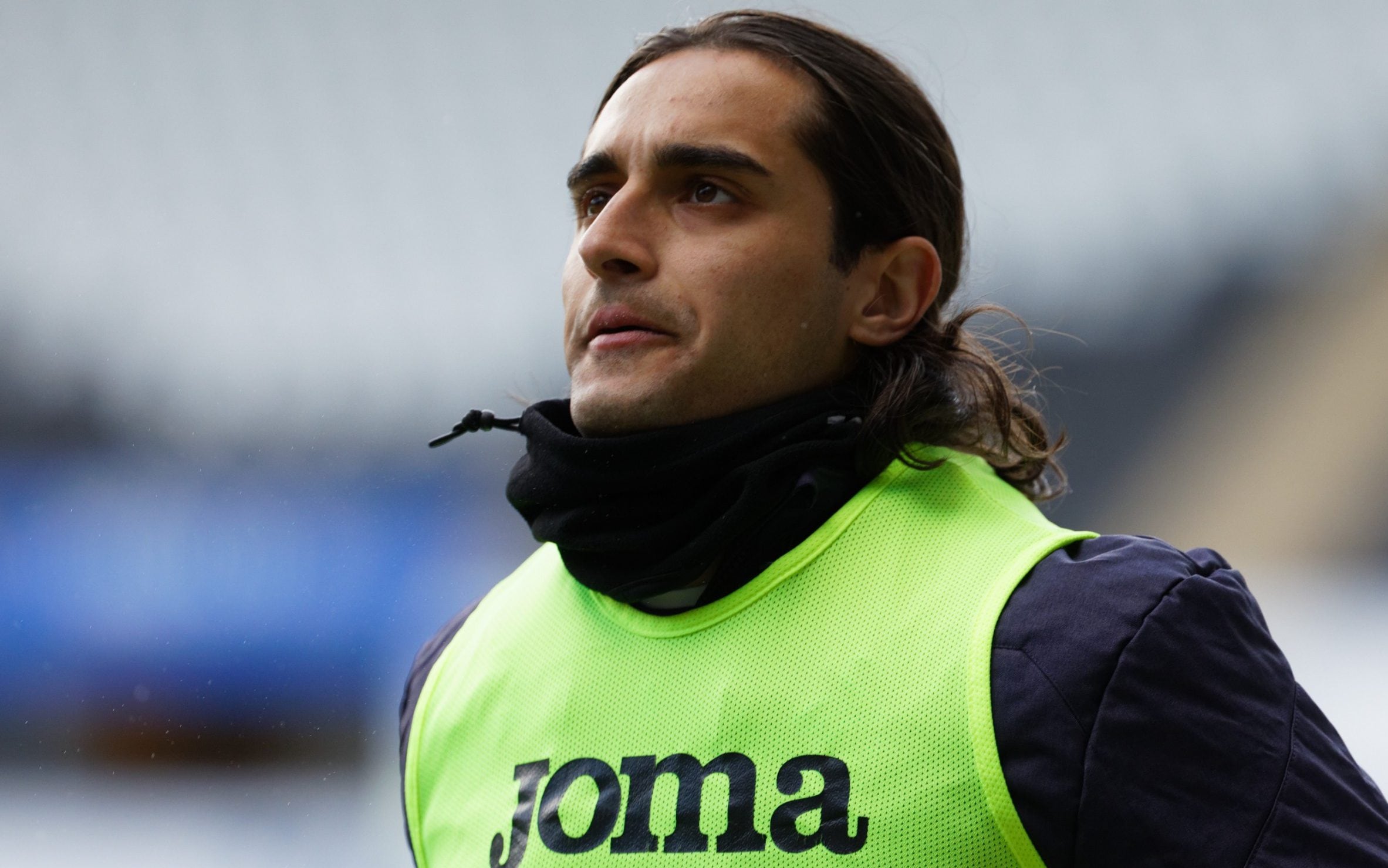 As Swansea City put it: ‘Enough is enough’. The league club’s decision to announce a weeklong social media boycott, in protest of long-term abuse suffered by its players, is absolutely the right thing to do.

Now the question is: how is the rest of football going to react? Swansea has a sizable million Twitter followers, but platform executives in San Francisco are hardly going to lose sleep if the club and its players don’t post for seven days. Especially if they are the only ones.

Yes Swansea will gain publicity and it doesn’t look good for Twitter and Facebook, but they will believe – as always – that they will get away with it and that it will explode. But what if, after Thierry Henry’s stance on leaving social media, and now Swansea’s, other clubs, leagues and players follow suit?

It is encouraging that a club takes a collective approach. Henry is no longer a prominent solitary voice. It’s a corporate response, but think how powerful it would be if Manchester United with its 125 million subscribers and global reach suddenly joined the boycott? The club have taken a stand, filed their own complaints and posted last week: “We have read the comments. We hear the abuse. We feel the hatred. with a short video.

But what if United – and all other Premier League clubs as well as the Premier League itself – go one step further and boycott platforms for a week? What if the players join them? What if Cristiano Ronaldo, Lionel Messi and Neymar did it? What if football turned its back collectively?

It would have an effect. Businesses might try to scare him off, but that would be damaging. This would provoke more debate than rightly pointing out the constant, gruesome and entirely predictable flow of racist abuse that follows matches.

What do the clubs have to lose? Nothing. Nothing at all, in fact. It is argued that it is better to try to make changes from the inside out, but let’s be honest – where is the evidence that is happening? What real pressure is exerted and how effective is it?

The UK government is threatening huge fines and there is the proposed ‘Online Damages Bill’, but no one knows when – and if – legislation will be passed to become law and, even then , how effective it would be. It’s up to big tech companies to tidy up their own homes. It must also be a collaborative approach.

For clubs and players, there is business value with more subscribers and a large “social media footprint” attracting sponsors. But which company is going to distance itself from a deal because a stand is taken against abuse? What agreement will be made? And, if they do, they should be ashamed publicly.

ALSO READ  Astrazeneca Covid Vaccine Questions & Answers: What We Know About Blood Clots, Side Effects and Risks for People Under 30

Unless Swansea’s direction – and Henry’s – is followed, it continues to spin in a terrible vicious cycle. Perhaps even reporting abuse leads to copier behavior. Some of these racists and fanatics will never stop until the opportunity is taken away from them.

We all know what needs to happen: All accounts need to be verified, end anonymity, and take action – legal action if necessary – against violators. This can be done if the will is there, just as it is already done when it comes to stopping copyright infringements. Social media companies are publishers and cannot continue to shirk their responsibilities.

Swansea has taken a stand but this movement needs to grow. Otherwise, it will be in vain.

The Liverpool captain stopped short of deleting his accounts altogether because “I’m not sure who is helping” but said urgent action was needed for “out of control” levels of abuse.

Elsewhere, a boycott of Facebook and Twitter gained momentum, with Swansea City and Birmingham City the first clubs to shut down all platforms in disgust at Big Tech’s inability to tackle trolls while Glasgow Rangers were are also joined to the boycott.

Swansea will reject platforms for a week in solidarity with Thierry Henry’s announcement last month that he was quitting social media until firm action is taken with “vigor and ferocity.”

As activists called on Premier League clubs and governing bodies to show the same principled stance, Henderson, meanwhile, released a statement on his social media attacking the ‘horrific’ abuse suffered by ‘friends, teammates , other football players and more broadly. society “.

He cited attacks this week on Liverpool’s Trent Alexander-Arnold and Naby Keita, who received racist emojis in response to Instagram after the club’s Champions League loss to Real Madrid.

“I don’t really see much change,” said Henderson, 30. “Again last night some of my teammates were subjected to racist abuse online after a football game and for me that is simply unacceptable.”

Henderson said he had “considered removing all social media, but I’m not sure who it helps or what it does.” Instead, he turned to Cybersmile, a “foundation that educates, supports and counsels people who suffer from social media abuse or online bullying.”

“I’m going to partner with them over the next few weeks so that they have full control of all my social media channels, to basically promote what they do, how they help people,” he said. added. The charity will post links of support for “people in pain” on its sites. “I hope this can help a lot of people over the next few weeks, and, please, as little as you think the problem is, reach out, we can definitely help,” Henderson added. “I know that sometimes it can be a very dark place on social media no matter how many followers you have. Please use it. And I hope it helps a lot of people.”

Many other players and clubs are considering how to join the protests across the football pyramid. Brentford forward Ivan Toney also posted ‘honestly I’m done’ this week after being targeted again by vile online attacks. His club plans to issue a statement in the coming days.

“As a society, we need to be kinder to each other,” Henderson added. “This is where it starts and it ends.”

In the Championship, Swansea and Birmingham took more direct attacks on Big Tech, with both clubs announcing they would be snubbing social media for a week. Swansea was the first to make the announcement, two months after club midfielder Yan Dhanda accused the companies of fueling hatred by failing to ban a troll who racially assaulted him. Teammates Ben Cabango and Jamal Lowe have also faced attacks in recent weeks. In a statement titled “Enough is enough,” Swansea said in a statement that a club-wide position would be launched “in the fight against abuse and discrimination in all its forms on social media.”

“This decision was made following conversations between senior club staff, players and management. As a football club, we have seen several of our players being abused in the last seven weeks alone. , and we believe it is fair to take a stand against behavior that harms our sport and society in general.

ALSO READ  Lions v Stormers, 2021 South Africa tour: what time is kick-off, what TV channel is airing on and what is our prediction?

“By removing our content from these platforms, we intend to deprive the perpetrators of such abusive and discriminatory behavior of a space in which they can commit crimes that are not only criminal but deeply damaging to the well-being of groups and individuals. », The club mentioned.

Dhanda, 22, had said Sport Telegraph in February, he wanted to meet with social media companies in person to talk about the effects of abuse and the potential impact on mental health. He believes the accounts should be subject to identity checks and severe penalties.

Former Arsenal Henry has since become the most prominent athlete to remove Twitter, Instagram and Facebook, warning that the torrent of attacks has become “too toxic to ignore”. He has vowed to stay off the platforms until firm action is taken with “vigor and ferocity.”

General manager Julian Winter sent a new letter to Dorsey and Zuckerberg “to reiterate the club’s position and desire to see social media companies introduce tougher police measures and penalties for ghastly and cowardly abusers which have unfortunately become far too common “.

City captain Matt Grimes said: “Three of our squad have faced racist abuse in recent weeks and as a team and as a club we wanted to take that position as we call on those again. who are at the forefront of social media companies to implement the change that is needed now and in the future. I find it amazing that we are still talking about racism and abuse like this. “

Facebook previously said in response to criticism that it was “part of the task force convened by Kick it Out and will continue to work alongside all branches of industry, police and government to help fight the racism online and offline “.

Twitter has previously stated “that there is no room for racist abuse on Twitter and we are steadfast in our commitment to making the football conversation on our service safe for fans, players and everyone involved in the game. “