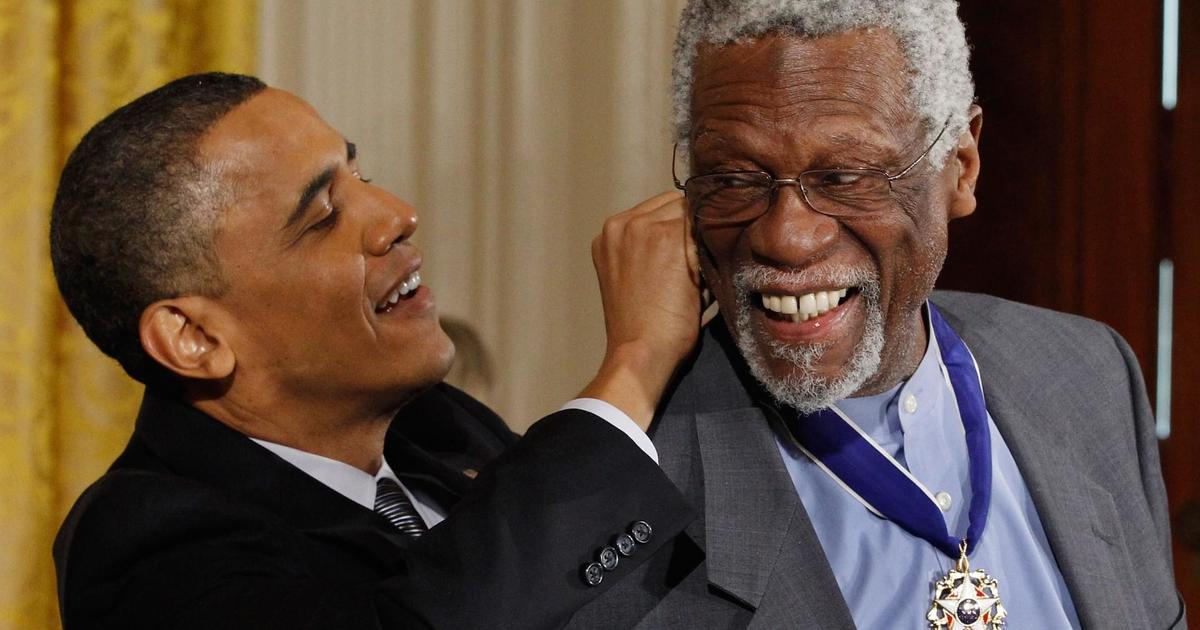 BOSTON – Tributes are pouring in from around the NBA world and beyond after the death of Celtics legend and 11-time NBA champion Bill Russell.

Today we lost a giant. As great as Bill Russell was, his legacy rises much higher – both as a player and as a person. Perhaps more than anyone else, Bill knew what it took to win and what it took to lead. On the court, he was the greatest champion in basketball history. Aside from that, he was a civil rights pioneer – marching with Dr. King and stood next to Muhammad Ali. Bill endured decades of insults and vandalism, but never let it stop him from standing up for what’s right. I learned so much from the way he played, the way he coached and the way he lived his life. Michelle and I send our love to Bill’s family and everyone who admired him.

Massachusetts Gov. Charlie Baker said, “Boston and Massachusetts were very lucky to be part of his life story.”

“Bill Russell was the definition of a legend. He was a consummate winner and a pioneer who broke barriers in the game of basketball and the game of life for black athletes and Americans throughout his career and life,” Baker said.

Paul Pierce called it a “sad day for the NBA family” and recalled a day when he and his Celtics teammates gathered to listen as Russell shared stories.

current Celtics Jayson Tatum and Jaylen Brown shared tweets following Russell’s death. Tatum thanked Russell “for everything” and Brown called him “one of the greatest athletes ever”.

ALSO READ  Wildfires explode in the west amid scorching winds

The Celtics property group has issued a statement regarding Russell’s passing.

“Bill embodied character and dedication and he was truly one of the greatest people who ever lived. He will be remembered forever and rightly,” said Wyc Grousbeck, Steve Pagliuca and the property group.