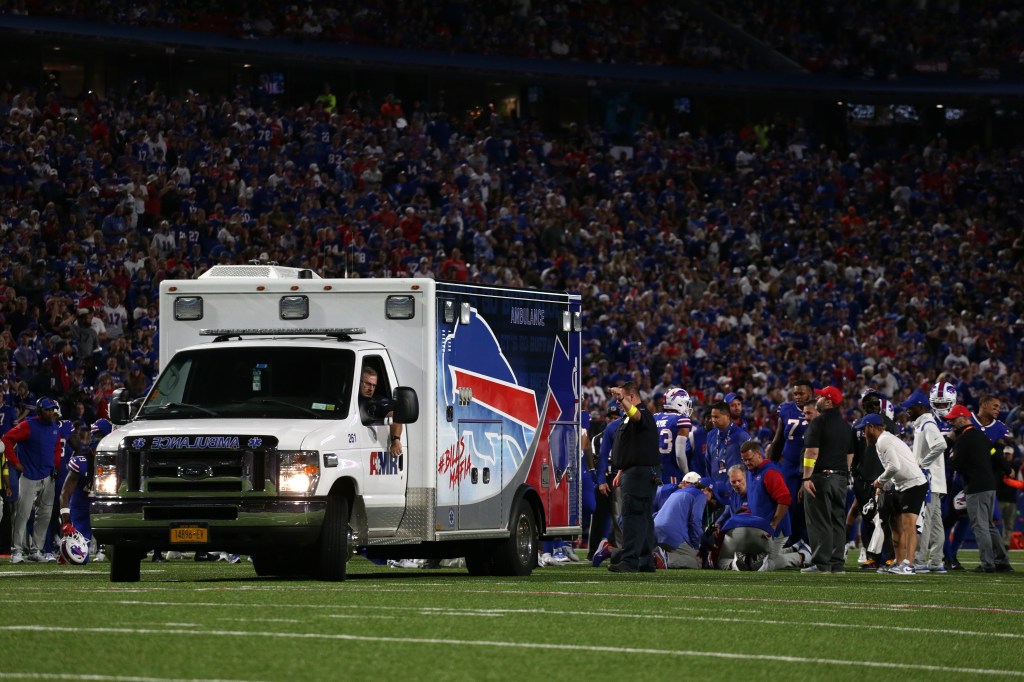 Bill’s cornerback Dane Jackson left the field in an ambulance in an incredibly scary scene.

In the closing moments of the first half of the team’s “Monday Night Football” game against the Titans, Jackson collided with teammate Tremaine Edmunds while trying to defend a completion against Tennessee receiver Treylon Burks. The Bills were leading 17-7 at the time.

Jackson, 25, was attempting a tackle when Edmunds dove in and accidentally hit him in the head and neck, sending him backwards. After the blow, he lay on the ground.

Jackson is in his third season with the Bills since being drafted in the seventh round of the 2020 NFL Draft.