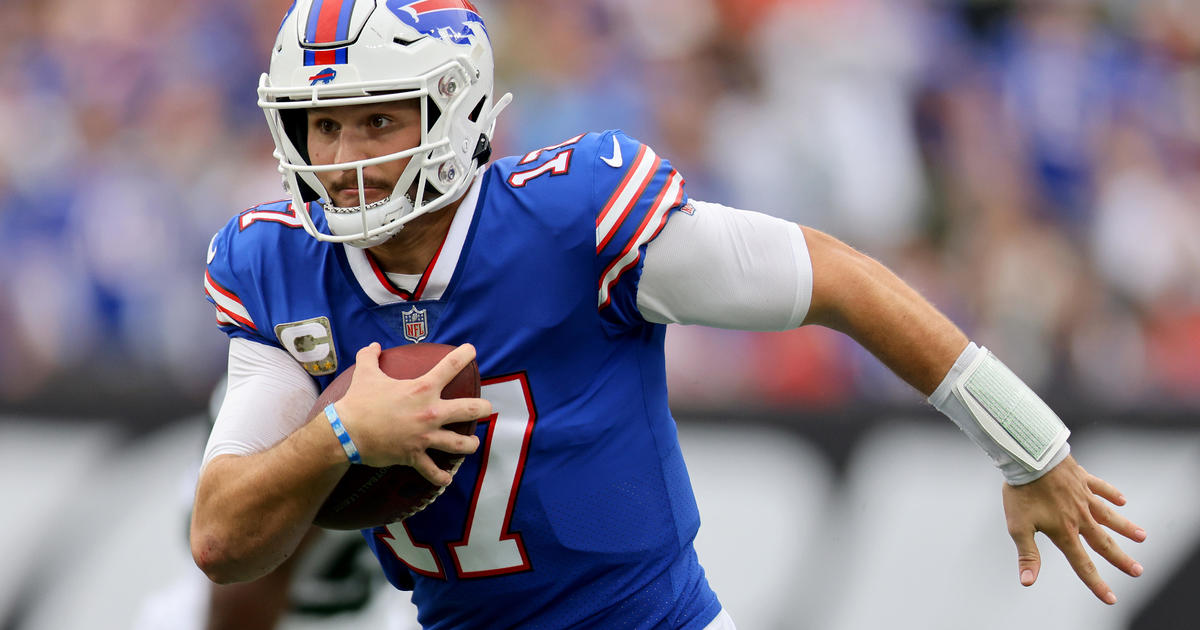 MINNEAPOLIS — The Vikings may take a break this weekend as the Buffalo Bills say their MVP-caliber quarterback Josh Allen has a day-to-day elbow injury.

Bills head coach Sean McDermott said Allen will not train on Wednesday and “we’ll see” if he plays Sunday.

“He’s as competitive as there is, he loves to play,” said McDermott. “We’ll see where it goes.”

The 26-year-old QB has evolved into one of the league’s most dangerous passers, and he’s also a huge threat in the running game. This season, he completed 64% of his passes for 2,403 yards, 19 touchdowns and eight interceptions. On the ground, he picked up 392 yards and four touchdowns.

Should Allen miss Sunday’s game, the Vikings will see a familiar face below center. Allen’s backup is Case Keenum, the former Vikings quarterback who pitched the Minneapolis Miracle.

“He’s been through this before. We have full confidence in Case,” said McDermott.

The Bills are coming off a 20-17 loss to the New York Jets, just their second loss of the season. It was Allen’s worst passing this year – completing only 53% of his passes for 205 yards, no touchdowns and two interceptions. He was also fired five times, though he ran for 86 yards and two touchdowns.

The Vikings are on a winning streak of six games and have the second best record in the league.

The Bharat Express News - November 29, 2022 0
Greater Noida: However, the child told this to her mother, who lodged a complaint with the police. (representative)Great Noida: A 57-year-old man has...